Rescheduling cannabis would be a big mistake, activists say

President Biden directed his administration to reconsider the Schedule 1 drug classification of cannabis, but the move could have unintended consequences. 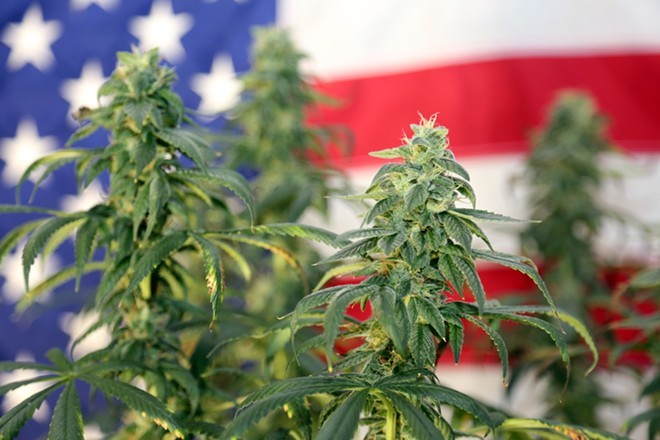 Shutterstock / mikeledray
President Joe Biden directed his administration to reconsider marijuana's classification as a Schedule 1 drug.
President Joe Biden’s announcement earlier this month that he would pardon people convicted of simple cannabis possession at the federal level overshadowed an even more promising remark he made about the future of the drug.

The 79-year-old president who as a congressman previously authored some of the most stringent drug bills directed an administrative review of federal cannabis scheduling, a move that could dramatically reshape national policy and ultimately make way for legalization.

Biden called on the secretary of Health and Human Services and the attorney general to “expeditiously” review the classification of cannabis as a Schedule 1 narcotic with no accepted medical use. Currently, it’s considered on par with heroin and LSD in the eyes of the federal government.

“We classify marijuana at the same level as heroin – and more serious than fentanyl. It makes no sense,” Biden tweeted on Oct. 6.

“To me, it potentially opens the door for more careful, deep, thoughtful conversations with all of the constituents at the table to discuss all the harms with marijuana’s illegality,” Robert A. Hendricks, a cannabis law expert and former chair of the State Bar of Michigan’s Cannabis Law Section, tells Metro Times. “Maybe sensible people will say, ‘Let’s leave it up to the states and deschedule.’ We need to keep the conversation on this.”

But advocates emphasize that the answer is not simply reclassifying cannabis as a Schedule 2 or 3 narcotic under the Controlled Substances Act (CSA).

While it would open the door for more research, cannabis would still be illegal for recreational use and fall under the purview of U.S. Food And Drug Administration regulations, which could jeopardize state-regulated marijuana markets.

“Medical marijuana communities could be significantly affected by (Schedule 2),” Hendricks said. “There is absolutely a big risk if it’s still scheduled.”

A day after Biden issued a mass pardon, the Congressional Research Service (CRS) released a report on the scheduling of cannabis.

“If marijuana remains a controlled substance under the CSA under any schedule, that would maintain the existing conflict between the federal government and states that have legalized recreational marijuana, though moving marijuana to a less restrictive schedule could help mitigate conflicts between federal law and state medical marijuana laws,” the report states. “The creation of a new schedule solely for marijuana would give Congress an opportunity to modify the criminality of marijuana under the CSA.”

Advocates point out roughly two-thirds of Americans support the legalization of cannabis. Another 72% support removing cannabis from its Schedule 1 classification, according to a recent USA Today/Ipsos poll.

“If we leave marijuana on the controlled substances list, we could never get over the hurdle of allowing the recreational use of marijuana in the United States,” Hendricks said. “Changing the scheduling of marijuana doesn’t change the framework for adult use. All of these states that have taken action, like Michigan, to create a framework for the regulation of marijuana, all of those probably go out of the window [if marijuana is classified as Schedule 2].”

Biden’s directive isn’t the only way to remove cannabis from Schedule 1. Congress also has the authority to deschedule cannabis.

The U.S. House passed the Marijuana Opportunity, Reinvestment and Expungement (MORE) Act for a second time in April. The bill would end federal prohibition by descheduling cannabis, among other things.

The bill has stalled in the Senate, where it doesn’t yet appear to have enough support.

“Getting Congress to focus on rescheduling is no simple task,” Hendricks said. “If the president is willing to say publicly that this doesn’t make sense and we should look at this, it’s an invitation for Congress to look at it more seriously. And maybe, just maybe we can get some substantial changes.”

Although recreational cannabis is legal in 19 states, including Michigan, it remains illegal on the federal level. As a result, cannabis businesses are severely restricted in what they can do.

As it stands, cannabis businesses don’t have access to traditional banking services like checking accounts and loans, and they can’t deduct normal business expenses such as rent and payroll.

“Descheduling cannabis would be a significant benefit to the commercial cannabis industry,” Barton Morris, principal attorney of the Cannabis Legal Group in Royal Oak, tells Metro Times. “It would eliminate the unfair tax treatment. The tax penalties are significant. It really stymies the growth of the industry.”

By removing the penalties, Morris says, “You are talking about the potential for explosive growth.”

To encourage a more diverse industry, Morris says it’s vital for prospective business owners to have access to loans.

“In any other industry, you are able to go to a bank and get a loan and start your business,” Morris says. “With cannabis, you can’t do that.”

“What gives me a degree of happiness about this is that we are not refusing to have these conversations,” Hendricks says. “The fact that the president put this out there in the public encourages me that we as a people are consenting to thinking about and looking at this substance in a different way.”