Study: College students drank less during the pandemic but used pot and psychedelics at record highs 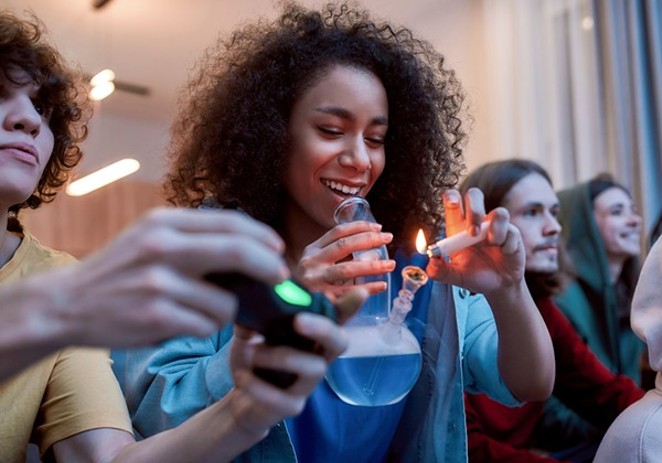 Shutterstock.com
While more college students picked up the bong during the pandemic, their alcohol use went down.

If you tried to escape the horrors of the last year by doing your best "guy on the couch" cosplay, then you're not alone.


A recent study published by the National Institute of Drug Abuse (NIDA) found that half of U.S. college students ages 19-60 admitted to using weed in 2020. While that may not exactly seem like a revelatory, uh, revelation, the "Monitoring the Future" study made researchers wonder: were people turning to weed to escape the pandemic?

FUCK YEAH THEY WERE.

While that's not a direct scientific quote, the study reported that 44% of the 1,550 college students surveyed said they used weed in 2020 compared to 38% in 2015. Daily or near daily marijuana use saw an increase, too, rising to 8% from 5% over the last five years.

As it turns out, weed might have been the substance of choice, as reported alcohol use among college students dropped from 62% in 2019 to 56%. Binge-drinking, a common extracurricular activity among college students defined by "having five or more drinks in one outing at least once in two weeks," decreased from 32% to 24% over the course of a year.

“The pandemic seems to have actually made marijuana into an alternative to escape the monotony of isolation,” NIDA director Nora Volkow told The Washington Post. “It’s made life become more boring, more stressful. So if drugs let you experience that completely different mental state, I wonder whether that would be a factor that leads people to use them.”

During the pandemic, doctors, as well as the Centers for Disease Control and Prevention, warned against alcohol use since it has the ability to weaken immune systems. (The CDC also warned people to avoid drinking hand sanitizer, in case you needed another explanation as to why many of us used drugs to escape our hellscape reality.)

Oh, shit. We almost forgot — some people also chose to spice up their lives by, like, transporting themselves to another realm. The study also discovered an increase in psychedelic drug use among college students, rising from 5% in 2019 to 9% in 2020. Young adults not in college also used hallucinogenics more and reported an increase from 8% to 10%.

“That’s definitely one the greatest pandemic effects,” said John Schulenberg, a psychology professor at the University of Michigan and the study’s principal investigator, told The Washington Post. “We clearly see that young people use alcohol as something to be taken at parties and gatherings. With the pandemic, those weren’t happening, so the alcohol intake and binge drinking dropped.”

This story first appeared in the Detroit Metro Times, an affiliated publication.