As of last December, more than 43,000 patients were enrolled in the state's limited medical marijuana program. 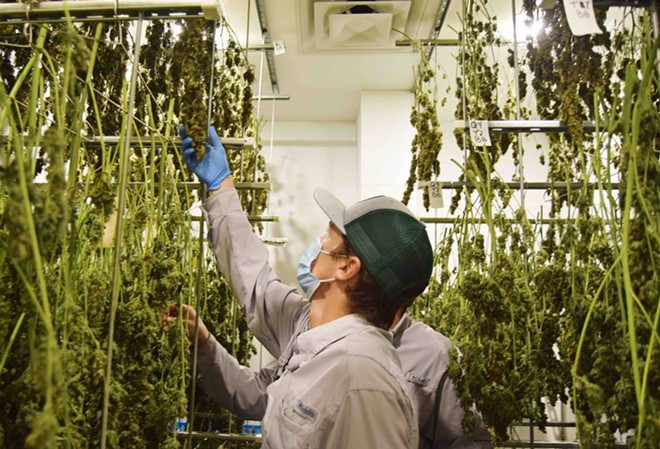 DPS posted an announcement of the new application period Monday. It will remain open until April 28.

The agency probably won't announce any new additions before the summer, the Dallas Morning News reports. That's because DPS officials likely want to see whether the Texas Legislature passes laws expanding the state's medical marijuana program, one of the most limited in the nation.

Since Texas' Compassionate Use Program (CUP) was approved by the Texas Legislature in 2015, the state has only authorized three dispensaries. All are located in Central Texas, prompting critics to complain that the sites' limited geographical reach has thwarted access to the program.

As of last December, more than 43,000 patients were enrolled in CUP, according to DPS data. However, cannabis-reform advocates said the number of people actively accessing medial marijuana is likely lower given state restrictions.

In 2021, the Texas Legislature expanded CUP to include people with cancer and post-traumatic stress disorder. However, lawmakers stopped short of adding those with chronic pain, and they also capped the amount of THC, the ingredient in pot that produces a high, at 1% — far lower than that of other states' programs.

DPS's announcement of the new application period makes it clear the agency isn't looking to broaden access beyond the program's current limits.

"The department will issue only the number of licenses necessary to ensure reasonable statewide access to, and the availability of, low-THC cannabis for patients registered in the compassionate-use registry," according to DPS's statement.