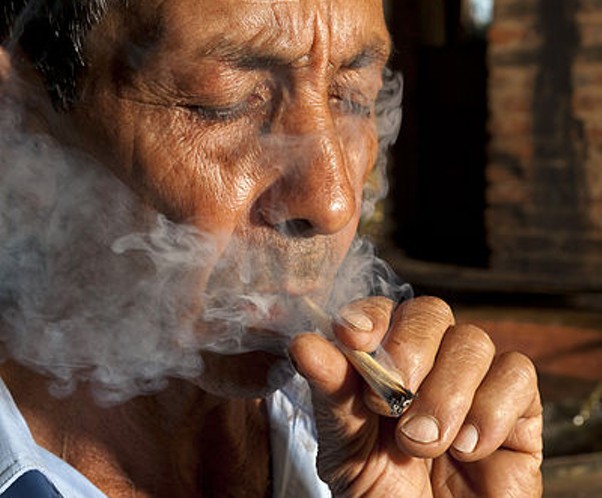 Older folks are smoking a lot of weed, according to a new federal drug-use study. In fact, Americans ages 55 to 64 smoked it more frequently last year than teenagers ages 12 to 17.

That sure wasn't the case as recently as the early 2000s, the Washington Post points out. Back then, teens were four times more likely to smoke out than people in their 50s and 60s.

According to the study, even the 65-and-up age group is getting squinty eyed more often. Last year, about 4 percent took a puff at least once a year, which is up from, well, almost none in the early part of the 2000s.

So, why are grandma and grandpa now toweling the door at their retirement home and lighting gingerbread-scented incense?

If we had to guess, the rolling wave of marijuana legalization — both for recreational and medical purposes — has emboldened a lot of Baby Boomers to stock up on edibles or sneak a puff here and there. Remember that marijuana is often prescribed for chronic pain, a condition more common among the elderly.

Not to mention, boomers were the first U.S. generation to embrace the devil's lettuce in a big way. Only stands to reason that once the kids are out of the house, they'd want to dig that old Graffix bong out of the attic.