While Other States Decriminalized, Texas Ranked No. 1 in Marijuana Arrests 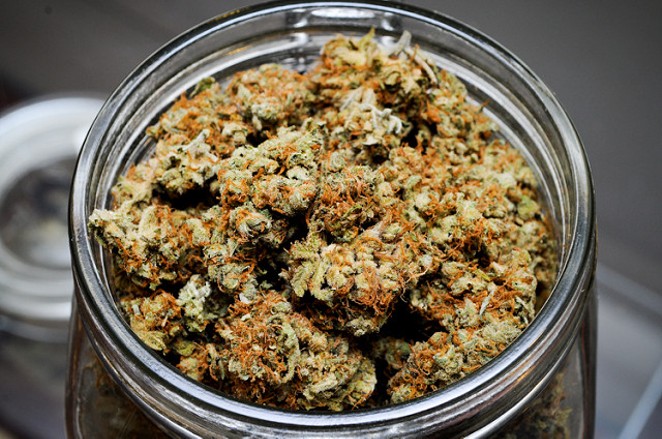 dankdepot via flickr creative commons
Texas accounted for 12 percent of all U.S. pot arrests in 2016, according to newly compiled FBI data.
The Lone Star State prides itself on a live-and-let live philosophy. But, apparently, that doesn't extend to weed 'round these parts.

Even as other states moved to decriminalize, Texas law enforcement officials made more annual marijuana arrests than did cops in any other state, according to FBI data. Of the 531,000 pot arrests reported nationwide in 2016 — the most recent year for which data's available — some 12 percent were in Texas.

Those of you without significant short-term memory loss may recall that was the same year voters in California, Maine, Massachusetts and Nevada all opted to approve adult-use recreational consumption of the devil's lettuce.

The arrest figures come from Jon Gettman, an associate professor of criminal justice at Shenandoah University, who compiled them from the FBI's Uniform Crime Report. The research was first published last month by news site The Intercept.

About 98 percent of Texas' 2016 marijuana arrests were for possession, as opposed to more serious distribution-related criminal offenses. But even simple possession carries stiff penalties here — up to 180 days in jail and a $2,000 fine for anything below 2 oz.

The only good news for those who enjoy a puff every now and then is that Texas isn't among the 21 states where pot arrests actually increased between 2014 to 2016. During that period, the number here declined to 64,900 from 67,600.