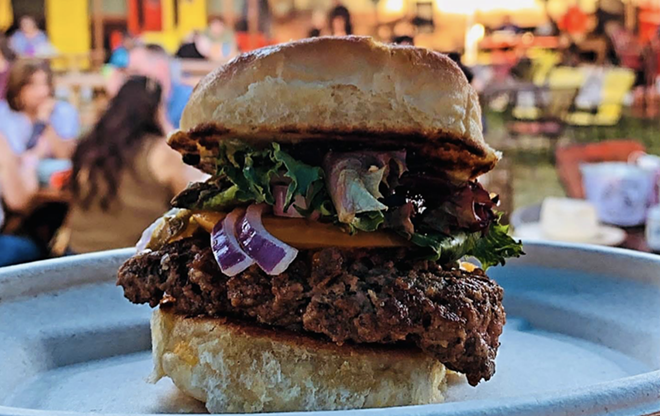 Burger lovers will learn how their favorite San Antonio chefs stack up at Burger Showdown 3.0, the third annual installment of the local cooking competition.

The event  will take place Friday, Oct. 14 at east-of-downtown brewery Alamo Beer Co., 202 Lamar St. This year’s iteration will raise money for the San Antonio Food Bank while pitting ten culinary pros against each other for a cash prize. Scheduled to compete are:
Attendees will taste slider-sized versions of each chef’s creation and vote on their favorite flavor combination to determine who wins.

General Admission tickets run approximately $60 and include a slider from each chef, fresh-cut fries and an after-dinner treat. Drinks aren't included in the price but will be available from Alamo Beer. VIP tickets are also available.