Send a News Tip
If the Oscars is Hollywood’s prom, then it’s an excuse for the rest of world to judge the prom dresses, decide who got robbed and eat food based on our favorites of the year. Here we have nine snack recipes to serve at your Oscar viewing party based on this year’s best picture nominees.

Cake from a microwave? via Babble

Now that microwaves have been around for awhile, we’ve grown to take them for granted. Let’s thank David O. Russell for reminding us that microwaves (a.k.a science ovens) were an exciting and new invention in the '70s that probably cooks food quicker than it should.

If there’s one thing we’ve learned from watching movies, it’s that Tom Hanks is a survivor. And Captain Philips is no exception. It’s only right that we eat in celebration to Hanks’ successful career and this intense movie at sea with some crab cakes.

You can’t mention Dallas without a juicy Texas steak. Delicious fried steak fingers with creamy gravy to dip is the ideal Texas style snack for a movie about living life the best you can. 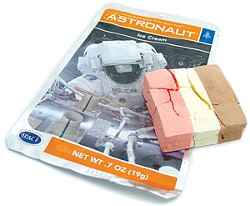 Houston, we have ice cream. So the real astronauts may not really take this ice cream with them into space but we can dream right? While Gravity made everyone a little thankful they’re not an astronaut, it also renewed our faith in kick ass ladies in space. 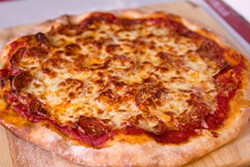 Dinner for one and an OS via Brown Eyed Baker

On one of their first dates, Theodore brings Samantha to a carnival and Samantha guides Theodore through the carnival with his eyes closed. She has him spin around and eventually eat a slice of pizza and experience the world in a way that she cannot. And everyone knows pizza is one of the best first date meals.

A Nebraskan treat via Have Recipes—Will Cook

Bruce Dern’s Woody Grant and his son David (Will Forte) set out on road trip to Nebraska to claim a million dollar sweepstakes. Popcorn makes for a great road trip snack and Nebraska tops the list of popcorn producers.

Recipe via Have Recipes—Will Cook

Breakfast for snack via Skinny Taste

Judi Dench's title character, Philomena loves food. She appreciates the small delights of cuisine like salad bar croutons, but it's the hotel omelet bar that is supreme. Like, Philomena your guests will appreciate the free food.

Hot Tea for 12 Years a Slave 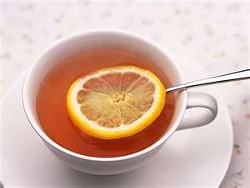 Chamomile and lemon via Crockpot Exchange

12 Years a Slave focuses on Patsey, a female slave that Solomon Northup meets who is repeatedly abused and struggles with living life as a slave. Patsey is most happy and free when she’s sipping hot tea with Mistress Shaw who she goes to for guidance.

Sushi for The Wolf of Wall Street 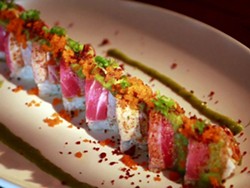 Better than a goldfish via Food Network

When you live the lavish lifestyle of a slimy New York stock broker, sushi is the lunch of choice. Or a gold fish if you’re Jonah Hill’s character.