A Look Back at SA's Homebrew History 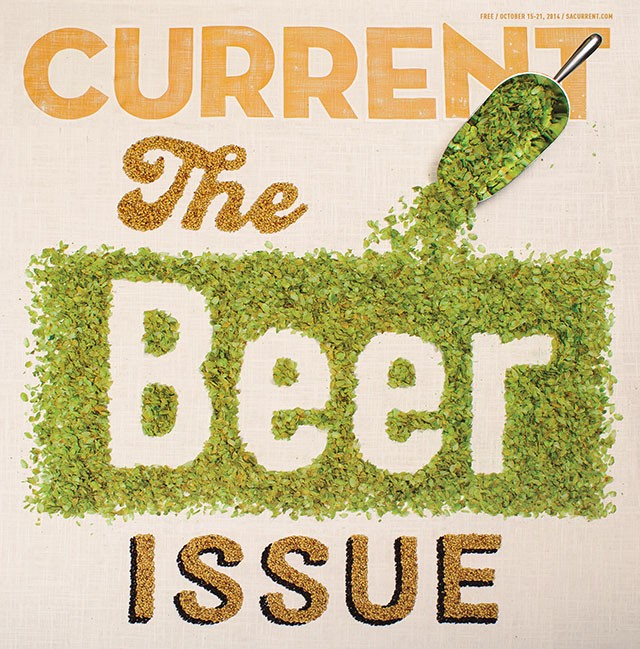 Homebrewing is a foundational American virtue. Not just Sam Adams smiling back from the bottle that bears his name—virtually all the signatories of the Declaration Of Independence crafted their own ales between bouts of nation-founding. After a healthy century or so, bolstered by European immigrants, and only occasionally tripped up by hatchet-toting teetotalers, the long hangover from Prohibition and the barely-figurative watering down of American beer thereafter made much of the 20th century a tough time for the DIY brewer.

Throughout this unfortunate era, however, regular Joes and Janes continued their lautering and mashing in the kitchens, garages and Sons of Hermann Halls of the nation to produce beer on their own terms. Operating in various states of legality from 1933 (the repeal of Prohibition), Jimmy Carter’s historic move in 1978 to deregulate homebrewing at the federal level allowed states to legally endorse at-home brewing. Though it was the states of the West Coast—California, Oregon and Washington—that were the first to legalize it, Texas wasn’t far behind, officially sanctioning homebrewing in 1983. Texans were now allowed to produce 200 gallons of beer per year per resident of a household for non-commercial consumption. The subsequent three decades have seen the hobby grow into a statewide pastime, cultivating clubs, competitions and more than few of Texas’ best craft brewers.

Though the prospect of making the beer you drink may seem daunting at first, the process is rather straightforward. Equipped with some basic kitchen equipment (pots, spoons, measuring cups) and a few specialized tools (most notably a piece of tubing for transfer and a six-gallon plastic or glass carboy), even the most culinarily inept amateur can produce a perfectly passable amber ale within a month. With a little experience and a taste of success, it’s common for this hobby to become a full-scale obsession.

Both stores can outfit a beginning brewer with the necessary kit for around $150; an all-inclusive set of ingredients to produce a 5-gallon batch of brew ranges from $30 to $60. Considering some drinkers’ monthly booze budget, this makes for an extremely profitable investment.

Perhaps to safeguard against going full hermit in pursuit of a better beer, it’s common for homebrewers to hang out. A quick survey of the American Homebrewers’ Association’s “Find A Homebrew Club” turned up a short list of active clubs in San Antonio. The Lager-Rhythmics is the most venerable of the lot, having met since the mid-90s and primarily at Home Brew Supply. The other two most well established clubs are the Bexar Brewers and the Cerveceros Craft Beer Community. Both groups are 501(c)(3) non-profits, fully dedicated to incubating a robust beer-making culture in Alamo City.

The Cerveceros had their monthly meetup at Missions Untapped on the last Saturday of September. Meetings are open to visitors, so my father-in-law and I made the drive in from Comfort on an uncharacteristically rainy day to attend. Mike Farringer, the current Cerverceros president, an affable guy in a mongrammed workman’s shirt, greeted us. Farringer was the nerve center of this meetup—fielding questions, entering email addresses for the Cerveceros newsletter and greeting fellow enthusiasts as they came through the door, as well as tending a pile of taxi vouchers to ensure every homebrewer could make it home responsibly.

Due to the rain delay, we had missed most of the discussion, which centered on the role that grain (along with water, hops and yeast, the foundational elements of brewing) plays in the production of beer. Half a dozen mason jars were lined up with grains ranging from black to near white, with six more mason jars in front of them offering the resulting beers for comparison. There were about 30 club members present, many for only their first or second meetup, splitting beers either store-bought or home-made for a spirited session of taste-testing.

Securing an Abita pecan ale for myself from the bar, I talked to Farringer and Dan Gomez, the club’s founder, about the Cerveceros’ mission.

Gomez, a welder and machinist by trade, first encountered craft beer through relatives in California and resolved to bring the diverse recipes and grassroots approach of Sierra Nevada and Russian River back to the River City. As a nonprofit, they offer their services for free (costs are supplemented by private in-house brewing tutorials).

Aside from their monthly meetups, the Cerveceros participate in an equipment-lending program for beginning brewers, monthly “Collaborations For A Cause” with local breweries, which allow members of the club to convene with local breweries such as Busted Sandal and Branchline (both of which employ former Cerveceros) to produce 15 gallons of beer to be sold for charity. Their most recent collaboration, benefiting ALS research, was named the Ice Bucket Ale. The Cerveceros also participate in the annual Teach A Friend To Homebrew Day (November 1 this year), the name of which summarizes the goals of homebrew clubs everywhere: to get more people bottling their own ale.

As I concluded my conversation with Gomez, he shared a fascinating anecdote. “A co-worker of mine found us because he read about us in the newspaper. I hadn’t seen him in eight or nine years. He came by and said, ‘Hey Dan, did you know about my background?’ I never knew he was a homebrewer. I knew his name all along, I just didn’t know his pedigree or history.” The gentleman’s name was Jack McAuliffe, who built the first microbrewery in the U.S. after Prohibition, New Albion, and is widely credited with reigniting the American love for hand-crafted, small-scale beer. Uncle Sam (and Sam Adams) would be proud.