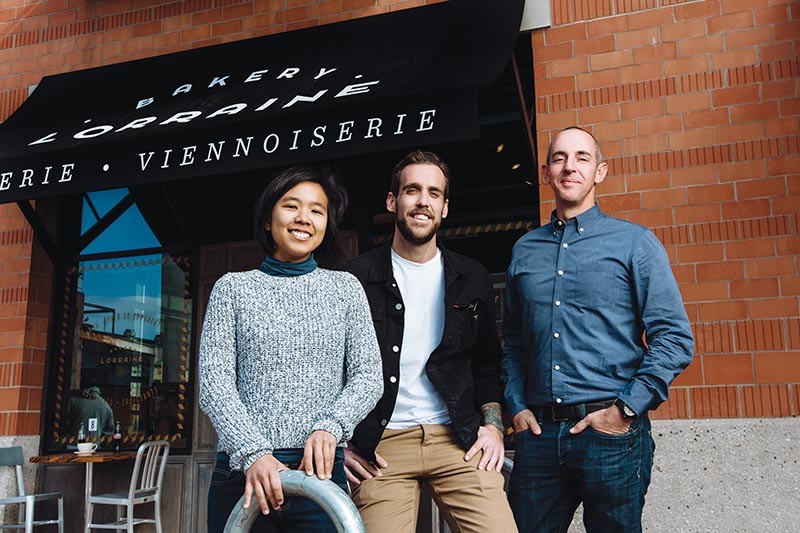 Opening a bakery in San Antonio isn't a small feat, especially one that doesn't roll out tray after tray or cupcakes or round conchas. And where other bakeries have unsuccessfully tried to help locals fall in love with flaky pastries, Bakery Lorraine, which recently made its way into the Pearl Brewery Complex, has grown into a baking force that services hundreds of pastry lovers throughout the city.

To understand the trajectory of these baked goods, from card table at the Quarry Farmers & Ranchers Market to a 2,500-square-foot shop inside one of the city's culinary hubs, the Current sat down with the trio of owners who started it all. Pastry chefs and partners Anne Ng and Jeremy Mandrell, along with entrepreneur Charlie Biedenharn, talked about the growth of the business, the big move and being their own biggest critics.

A quick history primer: Mandrell and Ng relocated from California's Bay Area after working at Thomas Keller's Bouchon Bakery in Yountville. They worked at Rackspace briefly, and Ng eventually went back to baking, this time at Il Sogno Osteria and later Restaurant Gwendolyn. They eventually met Biedenharn, who joined them in forming Bakery Lorraine, and two weeks later, artisan baked goods hit the Quarry Farmers & Ranchers Market on August 13, 2011.

"Our first day at the market was crickets," Ng said. That sentiment echoed the dissenters who urged them to open a Mexican panadería instead of a French bakery. But the crickets turned into pleasantly surprised mmms and ahhs from market-goers. The booth found early hits through their French macarons, tarts and buttery Thanksgiving pies (available in pecan, Dutch apple, pumpkin, sweet potato pecan and cranberry apple for $24, and even a pumpkin cheesecake for $55). Needless to say, orders for those have grown exponentially since the early days.

A year later, on October 17, 2012, Bakery Lorraine fired up the ovens inside its first brick-and-mortar location at 511 East Grayson. The refurbished home was quaint and charming, the garden out back, which helped keep the trio's goal of fresh, artisan baking alive, and the friendly staff, rounded out by front-of-house manager Selina Juarez, was a winning combination for the bakery.

"The way it unfolded was that we realized we outgrew the Grayson space about a month into it," Biedenharn said. "We'd just built out this little house ... we'd already outgrown it and our business hadn't started yet."

The local and national love didn't help the ever-growing audience of mac-hungry folks that visited the Grayson house. Since opening its doors, Bakery Lorraine has been a perennial favorite for Best Bakery and Best Desserts in our yearly Best of San Antonio issue. Nationally, the bakery has popped up on various lists, including Condé Nast Traveler as one of 13 destination bakeries (alongside Dominique Ansel Bakery in New York City), as well as CNN's Eatocracy blog and Food & Wine, which named Bakery Lorraine one of the best new bakeries in the U.S. Fodor's named it one of the top 10 bakeries in the U.S. earlier this year. Bon Appetit also featured the S'mores tart recipe as their Pastry of the Week in January 2013.

Keeping up with demand was almost immediately an issue for Ng and Mandrell, consummate perfectionists who have gone from touching just about every pastry being sold to managing and delegating the goods to their growing team of bakers.

"The only way to bake something the way you want it is for you to do it. It's hard letting go of that. Especially because when we started the farmers market we had our hands in everything. Moving on from that, and relying on our employees was difficult," Ng said.

The vetting process for the bakery is quite stringent. Most interested individuals are asked to stage, or intern, at the shop first. Mandrell can usually tell if they're cut out to join the staff within an hour, and while an impressive résumé doesn't hurt, the three owners are swayed by work ethic more than anything. For instance, overnight staffer Rudy Herrera began as a dishwasher, but his drive quickly helped bump him up to baker.

Their turnover rate is low, but even with a great staff, the Bakery Lorraine owners still knew they had to physically expand their operation. After shopping around for a new bake space for several months they moved out of their 800-square-foot kitchen into a 2,500-square-foot commissary off Broadway this July.

Courtesy
Bigger than ever inside the 2,500 square-foot space 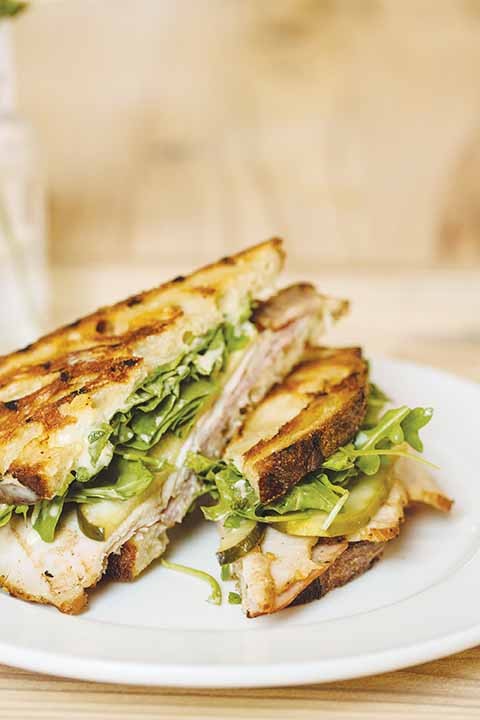 The expansion is filled to the brim with baking equipment, and work is split into three shifts—Ng and a small staff handle pastries in the mornings, Mandrell and another baker handle breads into the evenings, and an overnight crew takes care of the rest. Aside from producing several thousand French macarons for the shop, Bakery Lorraine's commissary also handles wholesale production, which includes pastries and breads for Local Coffee, Rosella Coffee Co., Halcyon, Twin Sisters, Justin's Ice Cream and Nordstrom Ebar. Breads for The Monterey and dough for Barbaro are also produced.

When the Pearl began courting Bakery Lorraine to join their booming culinary playground, Biedenharn saw it as an opportunity and the next logical step, but the space needed to be right.

"When you look at reviews online, one of the main points was the house," Mandrell said. "People loved the house ... they felt like they'd found something off the beaten path. The hardest part for us was looking at this cement, steel, glass structure and figuring how to translate Grayson to this."

Ng credits selecting the right materials in helping bring over the charm of the Grayson house to the new location. The Pearl provided longleaf pine from the old brewhouse, which was turned into the main table in front of the kitchen. Tongue-and-groove cedar (roof beams in a former life) was used in creating the banquets. Aside from bringing over familiar art and outfitting the space with the help of designer Gregorio Mannino, the trio went on a "bakery crawl" in New York City to draw inspiration for the space.

"We had certain ideas, but we pivoted. We didn't want to lose the charm or be too modern," Biedenharn said.

The other major component in moving Bakery Lorraine was training the staff to handle the crowds and the bustle of a full-fledged cafe. To draw some perspective, before the move most Wednesday afternoons at the previous location were sleepy and it was easy to chat with staff members about their personal projects, the weather or any new favorite menu item. A visit to the new location at 2:30 p.m. on a recent hump day was anything but quiet.

"What we're stressing about now is making this the best experience for people ... when I come in on weekends, I'm more of a busser," Biedenharn said.

Training the staff to still imbue the vibe of a neighborhood joint while working on speedy service has been their biggest struggle.

"We want to set a new standard for pastries and for customer service in town. That's our goal," Mandrell said. "Other people will come in and do better pastry, but I want people to go, 'that's the cleanest kitchen, that's the best customer service.'"

Moving over to the Pearl has meant a beefed up menu that now includes daily sandwich specials, created by chef Andria Jones and sous David Rizo, chicken pot pie, more salads and soups. In an effort to keep up with production and settle into a groove with the new location, most experimenting has been put on hold...for now. After all, San Antonio palates are still expanding.

"We have lots of things shelved that we want to try," Mandrell said.

Until then, Bakery Lorraine is ironing out the kinks, cranking out boxed lunches, fresh pop tarts, more macs than we can count and introducing new flavors to the public (like the beeswax-coated two-bite canelés, sweet, buttery Kouign-amann or newly added moon pies), and navigating their busy season that often goes well beyond Mother's Day.

"For Anne and myself, we tend to geek out over the amount of holidays we're a part of," Mandrell said of the upcoming wave of Thanksgiving pie orders. "We love being part of peoples' lives in that way."