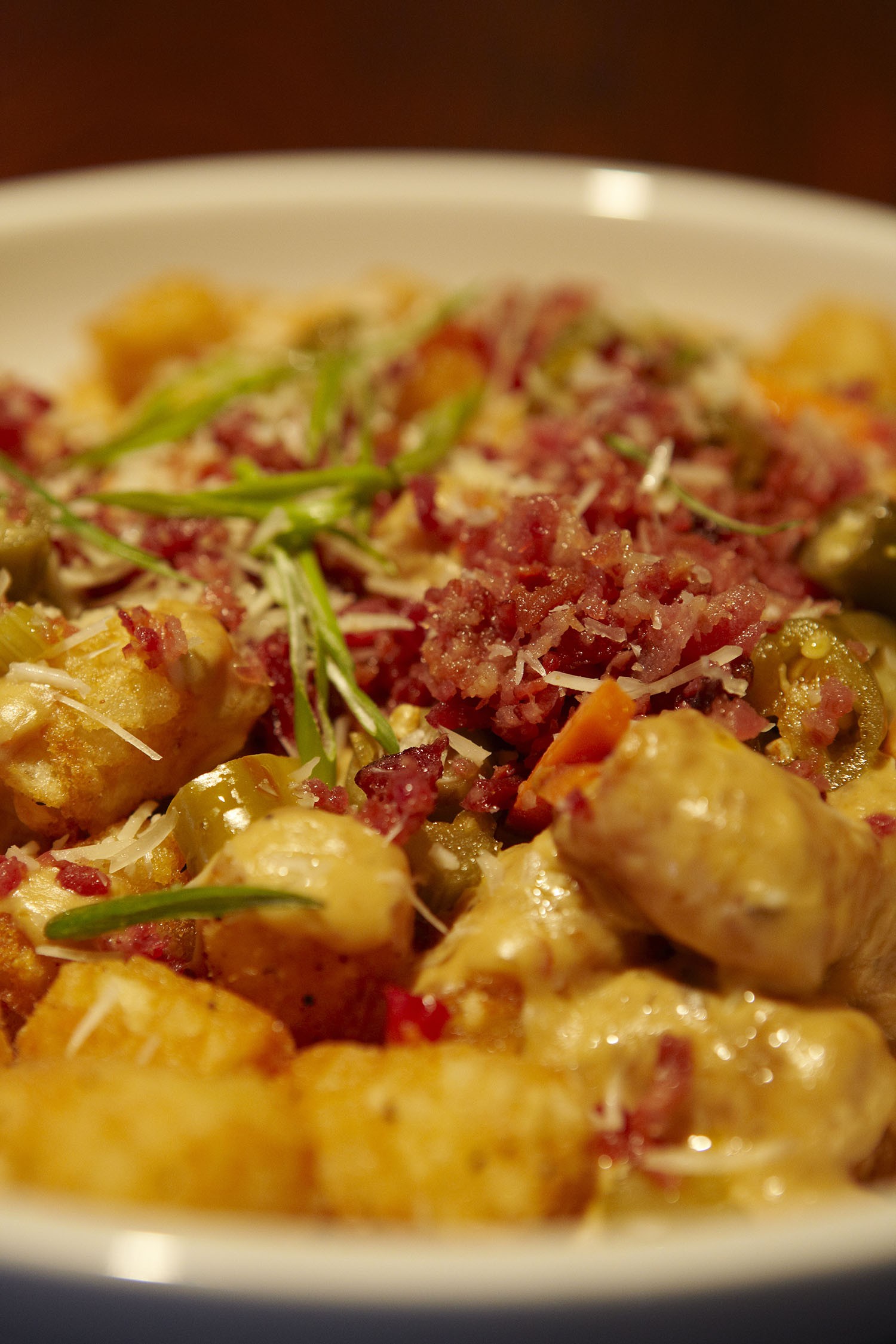 That's a lot of tots. (Courtesy)

Bar Louie (22610 U.S. Highway 281 N, 15900 La Cantera Parkway),  aims to set a world record for most tater tots eaten simultaneously during their sixth annual "Rock the Tot" tater tot eating contest 8 p.m. Sept. 19 at all Bar Lou locations nationwide. This is when a juice cleanse might come in handy.

The contest will have team relay races and solo competitors.

The relay race will have four people lined up with one pound of tater tots in front of each person. Each team member will try to finish the tater tots as fast as they can before their next team mate jumps in.The team that wins the race will get a championship t-shirt and free tater tots for a year from Bar Louie.

The solo competitors will face-off each other and will try to eat as much as they can in three minutes. Contestants can have a drink of their choice during the competition. The local winner will be named "Rock the Tot" champion. All local winners will receive a $250 gift card to Bar Lou, a champion trophy, a t-shirt and free tater tots for a year from Bar Louie.

The top five local winners will receive free airfare and stay to Cleavland, Ohio to attend the Rock and Roll Hall of Fame and compete in the national "Rock the Tot" championship at Bar Louie in Cleavland on Oct. 5. The national winner will receive $500 cash, free tater tots for life from Bar Louie, and will hold the world record for most tots eaten in three minuets.

To register go to any Bar Louie location; yes, medical waivers are necessary.

For more information go to www.rockthetot.com