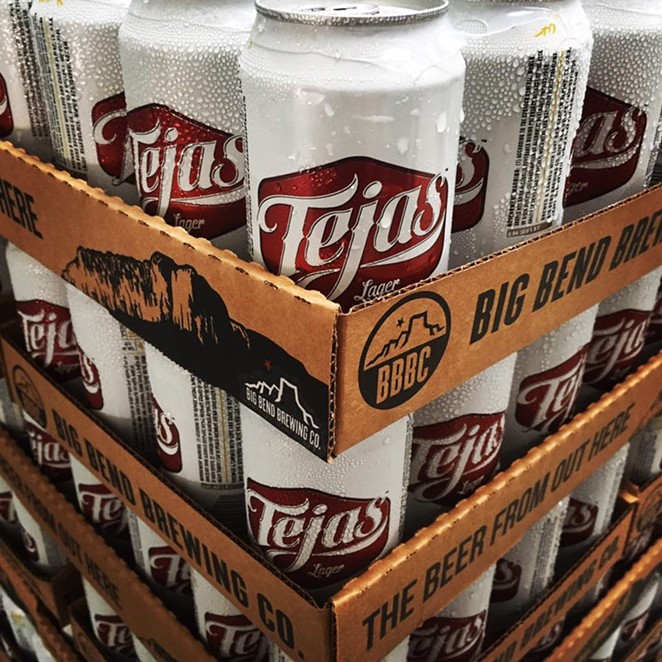 Facebook/Big Bend Brewing
After years of skirting the borders of Bexar County, Big Bend Brewing has finally come to San Antonio. An 18-wheeler rolled out from the Far West Texas outpost of Alpine last Monday, carrying flats of beers born out of the desert dreams of Texas’ original craft brewmaster. This week, in the run-up to the San Antonio Beer Festival, you can drink some legendary pints from Texas’ last frontier — and do your part to make sure the myth continues to grow across Alamo City.

Big Bend Brewing was founded in 2012 by Steve Anderson, a man already revered by a generation of Texas craft beer lovers for co-founding the Waterloo Brewpub (the first new brewery in Texas since the end of Prohibition) and later bringing his expertise to Live Oak Brewing Company, where he formulated the recipe for the Live Oak HefeWeizen, whose partisans claim it to be the best hefe in the country. Not bad for the guy who threw a typewriter off a bridge while reciting Tolstoy in the Richard Linkletter’s Old Weird Austin flick, Slacker. Tragically, Anderson passed away from prostate cancer in 2015; shortly thereafter, his former Live Oak colleague Jan Matysiak relocated to Alpine to assume production responsibilities. In the year since Anderson’s passing, Big Bend has continued to expand its production schedule; now, thanks to a distribution deal with GLI, fans no longer have to drive to Boerne or Fredericksburg to procure “The Beer From Out Here.”

Big Bend’s maiden shipment brought its most summery offerings. The original Tejas Lager and its variants Clara (lighter) and Negra (darker) serve as crafty counterparts to the German-brewed, Mexico-bred lagers beloved by tios everywhere, while the Big Bend Hefeweizen lives up to its heritage as the descendant of Anderson’s most beloved creation. All can be found at select H-E-B locations.

According to Big Bend’s Facebook page, this initial shipment carries something of a dare. Before the brewery commits to shipping other selections from Big Bend’s refrigerator (such as the 22 Porter or the La Frontera IPA), it’s up to thirsty Saytown denizens to slay this first round of crushables. Challenge accepted, Big Bend. We’ll be expecting the next truck any day now.