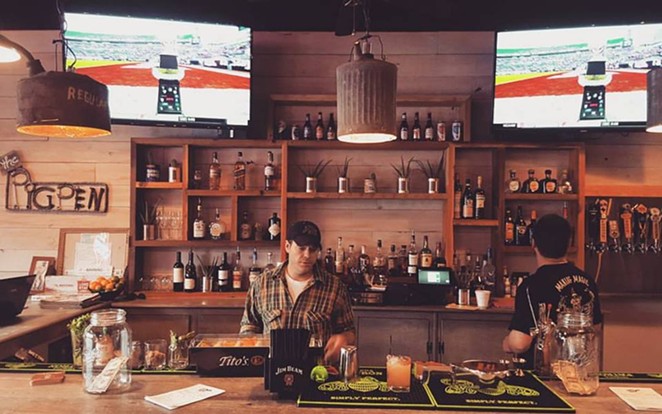 The Pigpen/Facebook
There's a new watering hole to visit.
Gone is One-O-Six. Say hello to The Pigpen, brought to you by the folks behind Smoke Shack.

The neighborhood bar at 106 Pershing Ave. opened on Wednesday, December 30 with 14 beers on tap, a full bar and wine. Chris Conger, who opened Smoke Shack in 2014 on Broadway, says he's adding live music Wednesday through Sunday, with food out of one of the Smoke Shack trailers starting next Monday.

Conger and co. took over the space in September 2015 and added a playground and patio. The Pigpen will open 3 p.m. to midnight Monday-Friday, 11 a.m. to midnight Saturday and 11 a.m. to 10 p.m., but hours are subject to change.