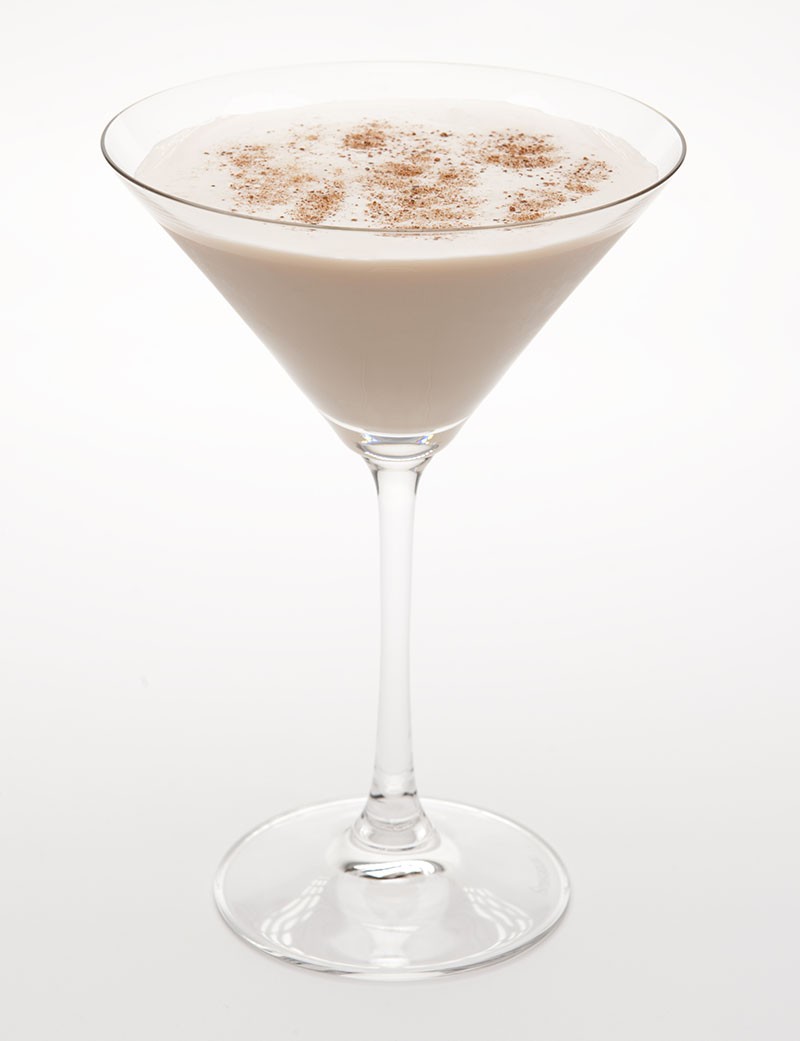 Long before AMC's hit drama Mad Men had people going crazy for it, the Brandy Alexander had cemented itself in American cocktail history. In fact, the Alexander has had quite a shelf life in our pop culture.

In 1962's Days of Wine and Roses, Jack Lemon's love affair with booze is, in no small part, an infatuation with the Brandy Alexander. From Mary Tyler Moore to the geek-chic comedy The Big Bang Theory, television has been a great friend to Alexander as well. Falling just short of icon status, one might expect the Brandy Alexander to have a definitive history. Like most world-class cocktails, however, its genealogy is somewhat disputed.

This rich and creamy brandy-based cocktail may have actually come to us through the evolution of a much harsher gin-based drink. A mixture of gin, crème de cacao and sweet cream, the Gin Alexander, dates back as early as 1915.

One story gives credit for the original cocktail to a New York bartender by the name of Troy Alexander. A 1915 edition of the Philadelphia Inquirer insists, however, that the drink was created by a bartender for 1962 World Series pitcher Grover Cleveland Alexander. Gin and baseball—makes sense, right?

Much like its parent cocktail, the Brandy Alexander's origin story is anything but settled. Its transition into the velvety sweet icon that became wildly popular in the 20th century is most synonymous with the marriage of Princess Mary and Viscount Lascelles in London in 1922. This time frame and locale make perfect sense given the ingredients used, but many opponents of this story insist the drink was actually crafted and named for Russian Czar Alexander II.

Fear not, the steps to resurrecting this indulgent, potent cocktail are much simpler than the backstory. While there are actually varying recipes for the drink, mostly substituting Cognac for brandy or reworking the measurements, the following is the most widely agreed upon recipe.

Add all ingredients to a shaker, along with a few cubes of ice. Shake vigorously, until the cream begins to form a healthy richness. Strain directly into a cocktail glass. Do not add ice—this drink should be enjoyed straight up. Garnish with fresh nutmeg.