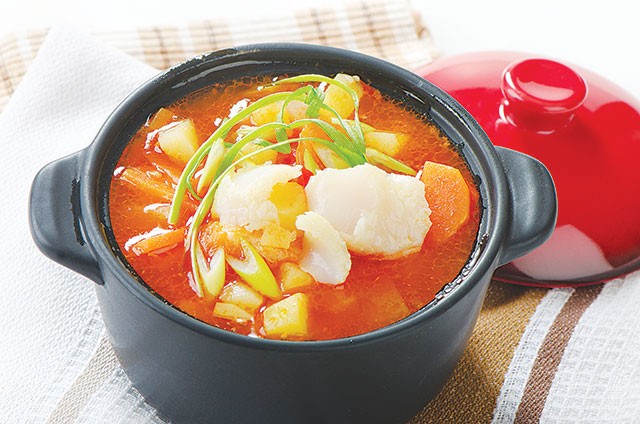 Cold beer is a staple in Texas. As the mercury starts its inevitable climb into sizzling summer heat, beer’s indelible association with barbecue and other grilled goodies is particularly appealing. Yet aside from its cooling properties as a beverage, beer has a venerable place in the culinary repertoire. With the wide range of excellent beers now available, both foreign and domestic, all those palate-tickling flavors can be as interesting in the cooking pot as they are in a frosted mug.

The trick to cooking with beer is pairing the flavor of the brew with the thing being cooked. Hoppy bitter ales can overwhelm. Keep in mind what you’re after: moisture, richness of flavor, or the frothy character beer adds to batters and stews.

Obviously, borracho beans needs no elaboration, but heavier beers add a depth of flavor to any bean concoction, along with chili or other stews.

The Belgians, more than any other beer-drinking country, have an entire cuisine based on their excellent low-fermentation pils-type ales (i.e. Stella Artois) and high-fermentation darker brews (abbey-style and stouts), including all manner of things stewed or braised: mussels or other shellfish simmered in ale; rabbit stewed in lambic; heavy beef and vegetable stews with dark beers; trout, monkfish, or pork braised in abbey-style ales, sometimes with cheese melted into the broth.

How can you argue with beer soup? Simmer a liter of sweet brown ale with lemon zest, half a cinnamon stick, salt, and a little dried ginger. Thicken with cornstarch paste. Mix half a liter of milk and 2 egg yolks, then whisk into the beer broth and serve with fried bread. The Germans make a similar soup, and a cold one sweetened with sugar and plump currents, thickened with soft pumpernickel breadcrumbs.

Use beer instead of milk for a fluffy, flavorful batter on deep-fried fish, shrimp, or crawfish: that frothy head is the result of fermented yeast, used as leavening for bread up through the 18th century, as well as in ancient Egypt.

Beer-can chicken is all about moisture, with a hint of flavor: drink half a can of beer, then place the open end of a small, whole, seasoned chicken upright over the remainder, using the can as a stand on your grill or smoker.

I have a Cajun friend who swears by adding 4 cans of cheap pilsner to his 30-serving, party-sized pan of jambalaya — preferably poured simultaneously by four pretty women standing ceremonially around the pot. And, of course, the most venerable tradition: while cooking, drink beer — dark, malty, hoppy, or pale — to taste.