Dough Pizzeria, CommonWealth Are Heading to Hemisfair in 2017

After seeking proposals in July for the spaces vacated by then-San Antonio Brewing Company (Küntsler Brewing) and Revolucion Coffee + Juice, which broke ties amicably to find a bigger space and due to the extended wait periods on rehabbing the historic homes, respectively, HPARC has landed two businesses that'll occupy the OK Bar and Koehler House.

Doug Horn of Dough Pizzeria Napoletana isn't a stranger to working with small spaces. The first Dough location off Blanco Road was a mere 1,400 square feet when first opened in 2007. He'll have 1,235 square feet to work with in the OK Bar Building.

"We've wanted to be in Hemisfair for a while now," Horn told the Current. "The OK Building is very tiny, compact, so we'll probably have a beautiful patio with some indoor seating to deal with the extreme Texas weather."

The menu will reflect some favorites people have come to love from Dough, but there will likely be limits to production due to the small space. Horn and partner/wife Lori will have to wait until their architect is finished to really get a sense for what the restaurant will be able to handle in such tight quarters.

"I really have a love affair with small restaurants. When we first started, it was my wife at the door, me behind the oven and a handful of people. It was intimate, and I miss that, but the three-hour waits were a bit of an issue," Horn said.

Over at Koehler House, the home formerly attached to Revolucion Coffee + Juice will still keep San Antonio and its visitors caffeinated. CommonWealth Coffeehouse & Bakery, which opened in January 2015, will move into the house by January 2017 if not December according to co-owner Jose Ramon Campos.

"The spot will be a combination of Sketch (inside San Antonio Museum of Art's Hops Building) and CommonWealth. It's in an old house, like CommonWealth, and has high ceilings and exposed brick, like Sketch," Campos said.

The menu will likely reflect a different audience so visitors can expect some favorites and several "adaptations" by CommonWealth's pastry chef. 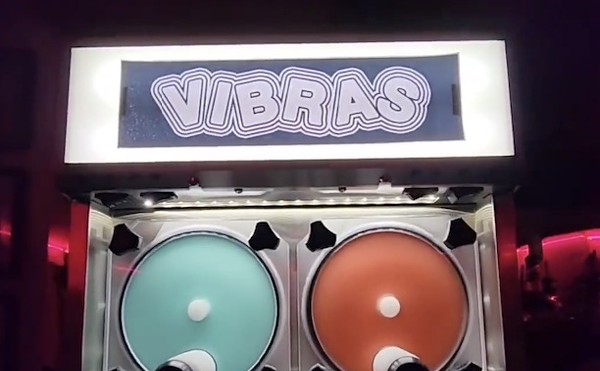