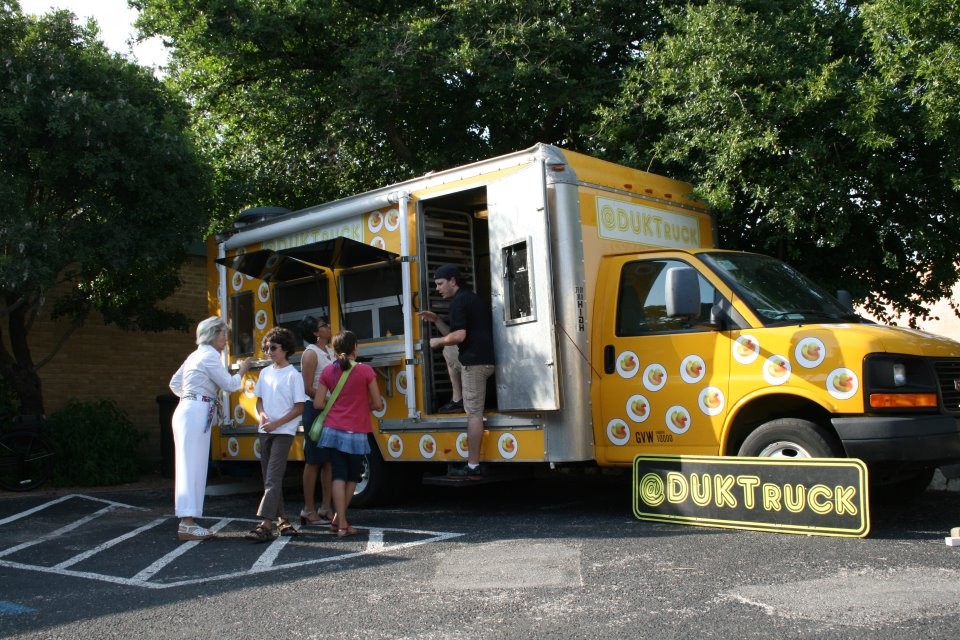 DUK hunters, Jason Dady fans or people who love watching food on TV while wishing there was something called Smell-ovision, can finally watch one of the city's food trucks on Cooking Channel's Eat St. tonight.

Per the DUK Truck's facebook, the episode will be screened at Alamo Street Eat Bar at 7 p.m. Learn more details about the rest of the trucks at Cooking Channel.com.

Here's the description for the episode:

In Portland, Ore., The Dump Truck has overturned expectations of the traditional Chinese dumpling by stuffing them with tasty American Classics like a Bacon Cheeseburger, Eggplant Lasagna and even good ol fashioned Apple Pie. We then cruise to Indianapolis for muy bueno Mexican Korean tacos at the West Coast Taco's truck. Fan favorites include the spicy Red Chili Chicken and a Tempura Battered Tilapia with firey asian slaw! Next, we visit San Antonio for gourmet international cuisine at The Duk Truck. Featuring Duck Confit Tacos and a Thai Red Curry with jumbo lump crab. Lastly, we get all fired up for Firemen Derek's Pies in Miami, Fla. Fresh squeezed Key Lime, Chocolate Caramel Flan and a New York Style Cheesecake with housemade Strawberry Sauce are just three of the hottest choices.

The truck was one of several filmed last summer including Say-She-Ate, Rickshaw Stop and Tapa Tapa Truck.

Next up? Tapa Tapa Truck: Aug. 1. Pencil it in your calendars, nerds.