The spooky shop sells coffee drinks, teas, milkshakes and energy boosters — many of which are named for famous horror villains. 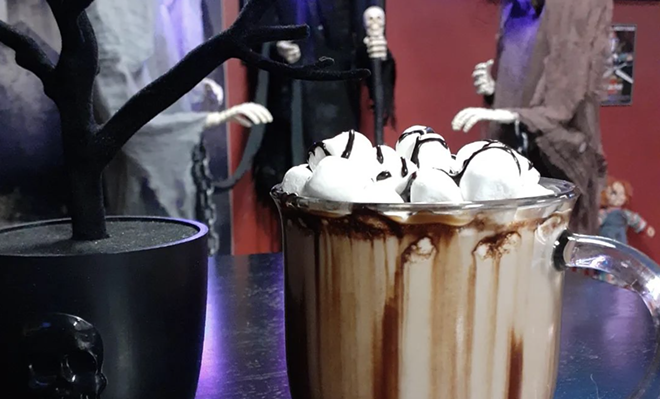 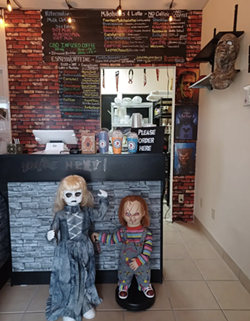 Facebook / Coffee House of Hel
Scary characters greet customers at Coffee House of Hel.
Husband and wife duo Helen and Robert Hinojos moved to San Antonio from El Paso earlier this spring to be closer to family, they told the news site. The couple decided to bring along their horror-themed coffee house as well, serving up caffeinated java drinks, teas, milkshakes and more in a little shop of scares at 9386 Huebner Road.

Coffee House of Hel's online menu is awash with drinks named for famous horror film villains, including Pennywise, Frankenstein and Killer Clowns — all of whom have a frappe named after them. Scary names also grace its assortment of muffins and cookies.