Flavor File: Openings and closings of note in 2013 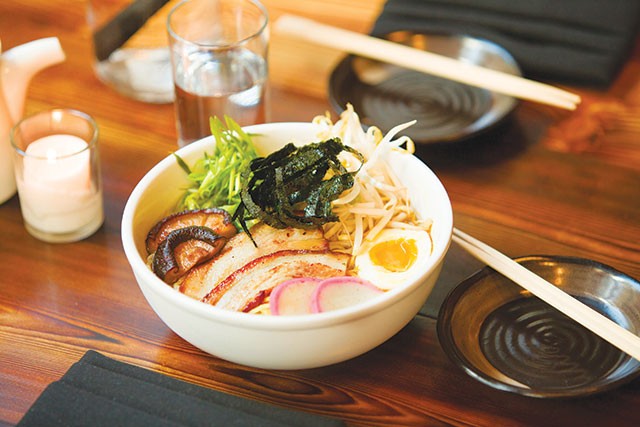 It’d be no surprise if your waist has grown a few inches in 2013. It seems just about every kind of restaurant opened within the last 12 months. Here’s a quick breakdown:

Southtown flourished in the spring with the addition of Halcyon (1414 S Alamo, Ste 101), the San Antonio counterpart to the Austin establishment of the same name; Stella Public House (1414 S Alamo) with its hyper-local appetizers and pizzas; and Johnny Hernandez’s The Fruteria (1401 S Flores) with its fresh juices and sandwiches by day and botanas by night.

Just up the road, in downtown San Antonio, Gwendolyn chef Michael Sohocki opened an adjacent ramen restaurant over the summer, Kimura (152 E Pecan), that was so immediately overrun by eager noodle-heads it had to shut down for a week to readjust to the demand.

Jesse Perez’s Arcade Midtown Kitchen (303 Pearl Pkwy) joined the slew of restaurants at the Pearl with new American eats and later, a stellar brunch. Juice fans had plenty of options to choose from after New York’s One Lucky Duck (303 Pearl Pkwy, Ste 109), URTH Juice Bar (5317 McCullough) and Farm to Juice (18730 Stone Oak Pkwy, Ste 100) opened within weeks of each other. After a chilly inaugural Meatopia and the closing of the CIA Bakery & Café, the Pearl will close out the year with the addition of Steve McHugh’s highly anticipated Cured (306 Pearl Pkwy) and a third location of Local Coffee (302 Pearl Pkwy, Ste 118).

Out in Loopland, the Two Step Restaurant & Cantina owners decided to try their hand with Tiu Steppi’s Osteria (9910 W Loop 1604, Ste 123) a Dough-esque establishment that’s already getting rave reviews. Cover 3 (1806 NW Loop 1604) opened in the summer, replacing the Roaring Fork, and immediately gained an audience with suburbanites hungry for a decent place to get a cocktail. Houston’s Brickhouse Tavern (1011 N Loop 1604 E) followed suit in November.

This wouldn’t be a roundup of San Antonio restaurants without a mention of Tex-Mex eats. After closing its doors in March, Cha-Cha’s (2026 Babcock) reopened in November under the same management, and Los Frogs (2106 N St. Mary’s) opened to a slow trickle of patrons.