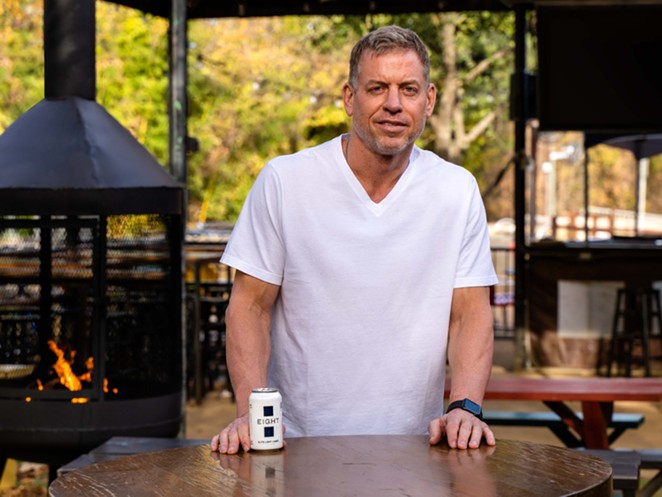 Named in homage to Aikman’s iconic jersey number, Eight isn't just about a low calorie count, however. The lager features organic grains and antioxidant-rich Hallertau Taurus hops. That's because it was developed as an option for health-minded drinkers who watch what they consume, according to a news release.

"These folks, myself included, are conscious of what we put in our bodies, and options for a light, refreshing beer that’s brewed with organic ingredients are virtually non-existent," Aikman said in the release. "When it comes to grabbing a beer, I found that my options were limited.”

Eight will be on draft in Texas bars and restaurants starting in February. In March, the brew will be available in retail stores in 6-packs, 12-packs and 19.2-ounce single-serve cans.