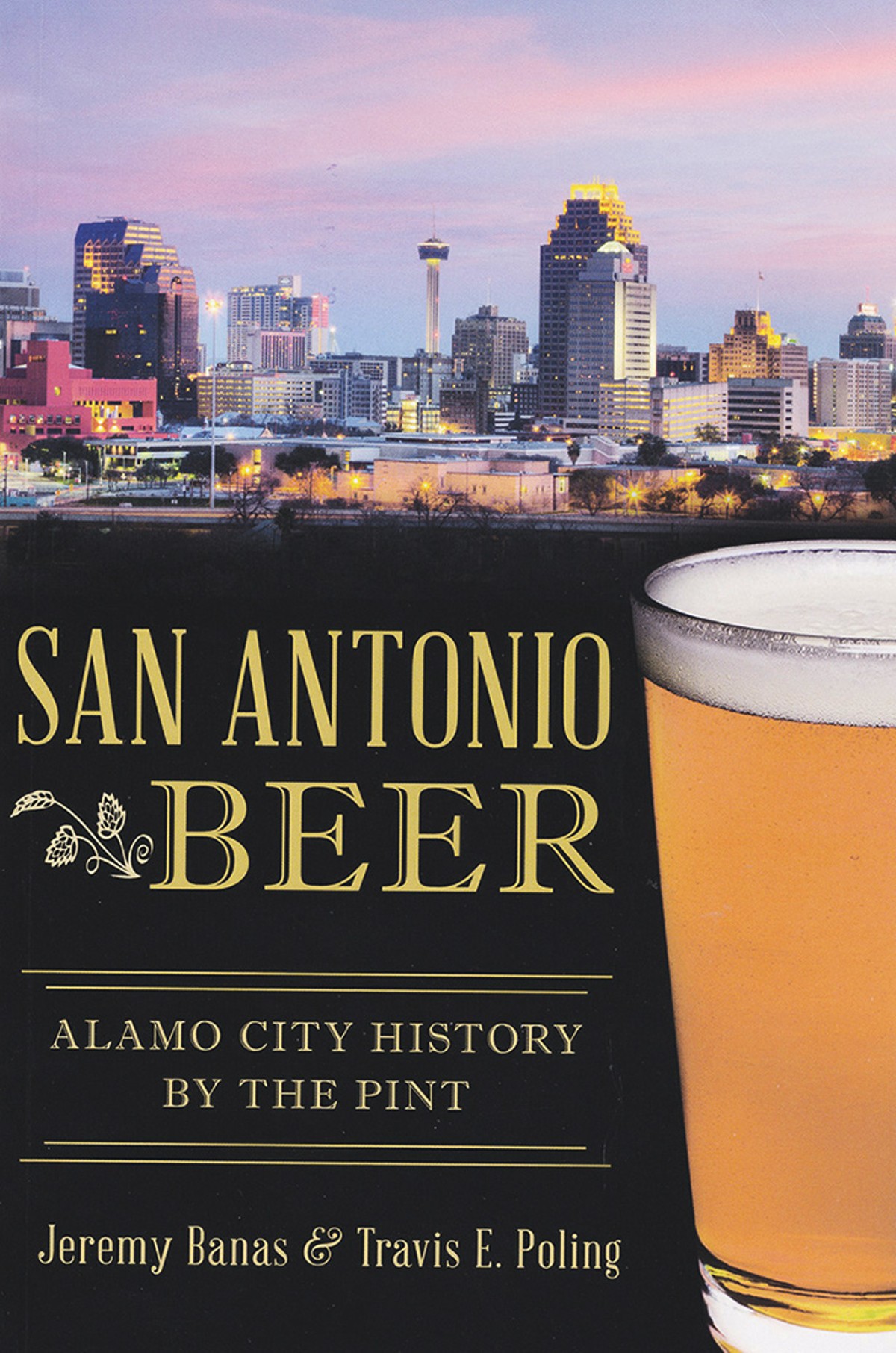 The subject matter for San Antonio Beer, written by Jeremy Banas and Travis E. Poling, two former Bottle & Tap columnists, is simple enough. Published by Arcadia Publishing and History Press and available where most books are sold these days ($21.99 and yes, there are still a couple Barnes & Noble stores in town), San Antonio Beer leaves you jazzed for what's to come in 210 beers, but the best part of the book, and what the authors are able to fully capture, is the city's rich history.

San Antonio Beer is broken down into nine small chapters, and they start, obviously, on the banks of the Comal with the life and times of Julius Rennert, who opened Rennert Brewery in New Braunfels. But the book really gets going in its Pearl chapters that discuss the five "periods" the area has gone through from its early start with J.B. Belohradsky's City Brewery, and later as the San Antonio Brewing Association under the direction of Otto Koehler. Considering the Pearl's current state of active renewal, it's enthralling to read about how the buildings that occupy some of my favorite eateries were built.

Highlights, of course, include the story of the Three Emmas, which really leaves Otto looking like a grade-A fool. No spoilers here, but you'll want to read that portion much like you'd watch an episode of Maury. Though the book labels his death as "tragic," I would lean more toward "karma." San Antonio Beer does a great job of describing Emma's (the original) time as the company's saving grace. Hop-heads, both male and female, will get a kick out of learning more about this leader's tenure at SABC.

The author's relaxed but authoritative style is especially appealing. The book could come across as a bore, but instead cherry-picks great stories from across the city's brew history to set several scenes. The chapters aptly labeled "Resurgence" and "Beer Boom" do an excellent job of covering craft beer's growth spurt in San Antonio from the opening of the Flying Saucer Draught to the upcoming OK Brewery & Eishaus at Yanaguana Gardens.

If you don't get this book for Christmas, pick up a copy and make visiting each brewery listed a resolution for 2016 — for posterity.