Huzzah: All Our Brisket Is Safe For Now 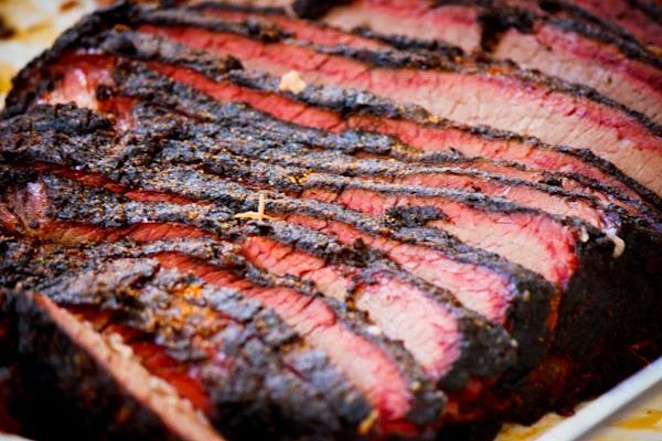 The San Antonio Express-News is reporting that a wacky police chase and crime spree (no, seriously, go read it, the whole thing was insane) has led to the arrest of the alleged Brisket Bandit, Alan Meneley.

According to the report, police will be treating each meaty burglary separately, so the other three haven't been (sausage) linked yet. So far only the Feb. 21 Augie's Barbed Wire Smokehouse (not Two Bros BBQ Market, Conger's Smoke Shack or the B&B Smokehouse) break-in is tied to the suspect.

Augie's Barbed Wire Smokehouse
Looks like they caught the guy.
"SAPD Sgt. Javier Salazar said the department is treating all cases of brisket theft individually unless a reason to link them is discovered. While brisket has been stolen from several locations in San Antonio recently, Meneley has only been tied to the incident at Augie’s thus far, police said."

So you can stop locking up your weekend briskets at night. Memorial Day will be safe and sound for all the 'cues.

H/T to Mark Wilson, who reported the capture.