San Antonio-based contestant Puro Nitro canned coffee didn’t place in the contest, but it will be available in H-E-B stores soon. 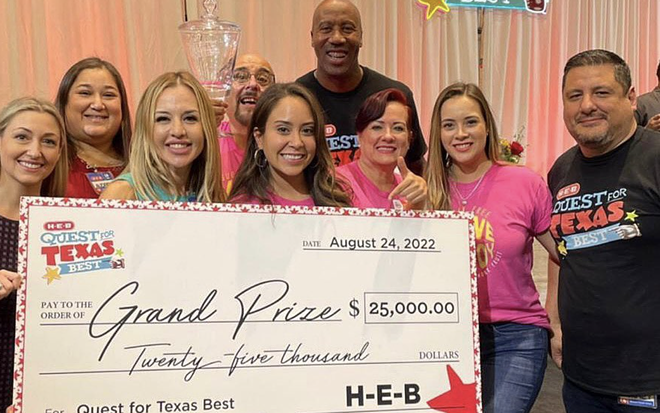 When Mexico native Annie Leal learned her father had been diagnosed with diabetes, she set out to create a sugar-free alternative to one of his favorite condiments: chamoy. Her monkfruit-sweetened version of the sweet and spicy sauce isn't just sugar-free, however. It’s also free of artificial dyes and contains 40-80% less sodium than most chamoys on the market, according to H-E-B officials.

Leal is joined by finalists from Lakeway, Houston, Dallas and Guthrie, who have together received a combined $80,000 in cash prizes during this year’s contest.

Since launching Quest for Texas Best in 2014, H-E-B has reviewed more than 5,300 samples of Texas-made food, beverages and merchandise. The San Antonio-based grocer has awarded nearly $500,000 in prize money to contest alumni.

Puro Nitro Coffee was the sole Alamo City food item picked for this year’s contest. The company markets a canned cold coffee as a better-tasting, less-bitter alternative to those already on the market. Though Puro Nitro didn’t win place, creator Daniel Mezza appears to be in good spirits about it all.

“The H‑E‑B ‘Quest for the Best in Texas’ competition was [an] amazing experience and packed with incredible entries,” read an Aug. 25 Puro Nitro Coffee Instagram post. “Alas, we did not take home one of the top 4 spots, but one of the top ten out of 560 entries ain’t bad, right? We are still the top coffee brand chosen in Texas and the only brand in San Antonio!”

Puro Nitro still reaped benefits from being in the contest, announcing future plans to be put in over 160 H-E-B stores in the coming months, according to the post.