New Brewpub Heads To Northwest Side 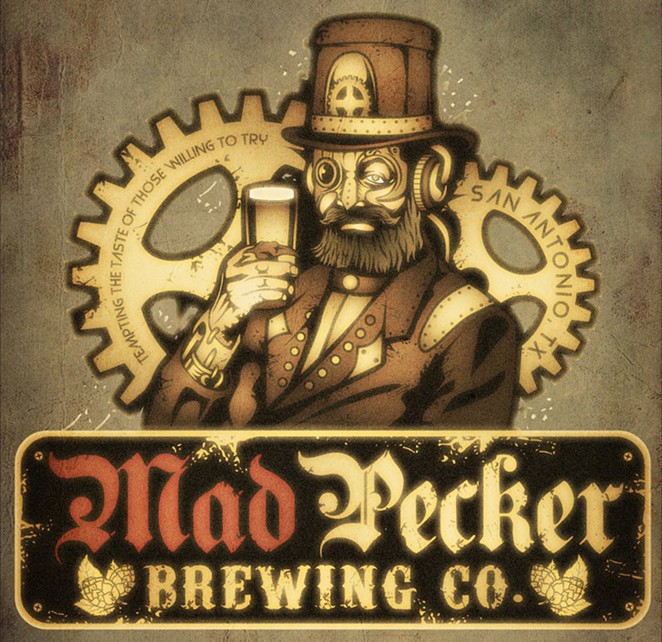 Facebook
Mad Pecker's steampunk logo.
The city's Northwest side is getting a brewpub in the next few months. Owner Jason Gonzales, 36, signed a lease to open Mad Pecker Brewing Co. at 6025 Tezel Road.

Though he originally planned on opening a nano-brewpub within 1,500 square-feet, Gonzales has leased a 4,200 square-foot space, the former home of House of Pizza. The homebrew-fan decided to make the leap into ownership to add his own flavor to the area's existing lineup. There's also a gap to fill in that area as Busted Sandal Brewing Co. is the only other brewery relatively nearby. Other than carrying their own potions, Mad Pecker will also fill their 24-tap system with local, state and national craft wares.

Mad Pecker Brewing Co. will start off with a one barrel, 31-gallon system where they'll brew local award-winning rye IPAs, English-style beers and a cucumber wheat beer with orange and lime notes.

Gonzales will team up with chef Pierre Blanchard to produce flatbread pizzas (they've inherited all of House of Pizza's equipment), and other snacks. Mad Pecker Brewing Co. (named after a woodpecker which followed Gonzales while on a trail run) will aim for a mid-summer opening.