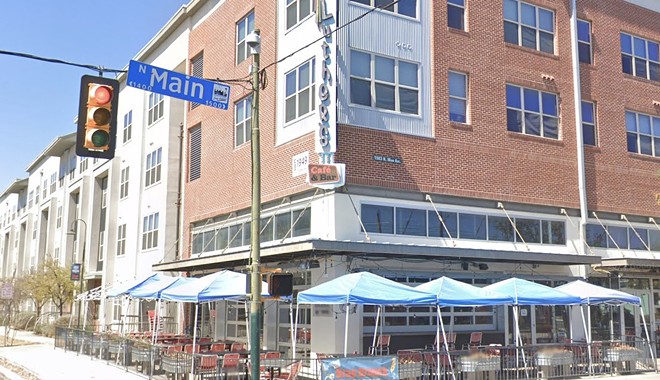 Screen Capture / Google Maps
Main Strip mainstay Luther's Cafe is closed temporarily, and its owner is considering selling.
The owner of Luther’s Cafe is weighing a sale of the Main Strip dining institution, which has spent the past three weeks closed down to deal with repairs, according to a social media post.

Earlier this month, the Current reported that the venerable North Main Avenue destination for burgers, milkshakes and drag shows had closed. At the time, officials with the restaurant told MySA, who first reported the story, that the closure was temporary as they dealt with plumbing issues.

“In recent weeks we have experienced an overload of issues ranging from staffing problems, food and liquor price increases, building maintainence (sic), employment issues, parking issues stemming from the sale of the building and many more things that’s have made it very difficult for us to run the business in a professional and clean fashion,” the post read.

In the post, management also said it's weighing offers from potential buyers.

“We will be working with San Antonio College (ACCD) and the new landlord to get these issues worked out and move forward with a decision on where to go from here," according to the post. "We are entertaining offers for buyers of the company and or the space to continue doing business as well.”

Luther’s opened in 1949, and over the years, became a mainstay and safe space for San Antonio’s LGBTQ+ community. The restaurant was first located on the corner of Locust Street and Main Avenue, then later moved to Main and Evergreen Street.