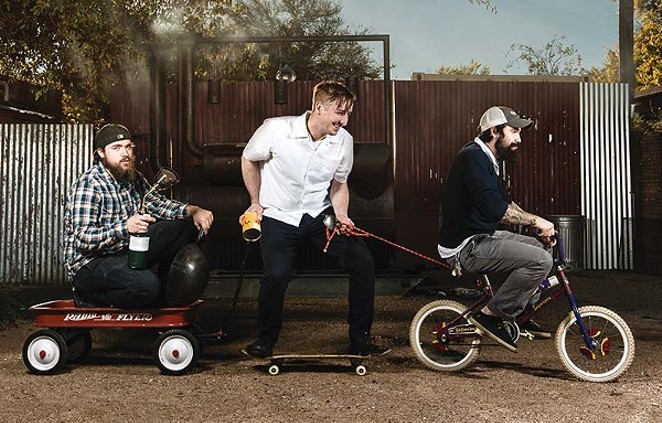 Josh Huskin
John Philpot, Quealy Watson and Mark Martinez featured in our Flavor 2014 magazine.
It seems strange to blog about possibly the least show-boating guy leaving a restaurant group, but when Quealy Watson decides to hang up his apron within the Empty Stomach Restaurant Group, it's gotta be acknowledged.

The sorta-announcement came via Watson's Instagram, and before anyone gets all hot and bothered, there doesn't seem to be any animosity at play between chef and restaurant group. 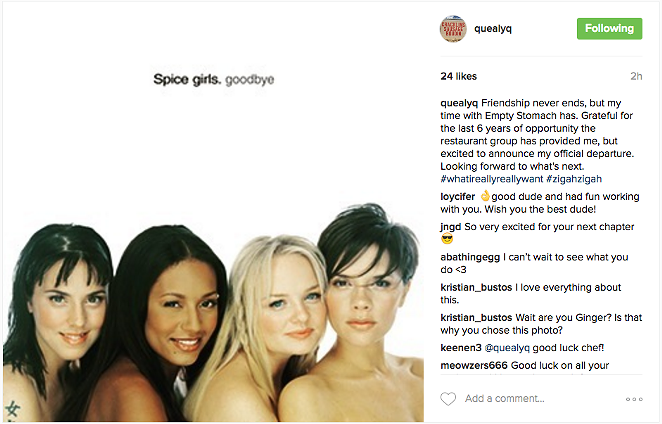 Watson, who generally stays out of the spotlight, responded via text message as to what prompted the exit.

"It was just time for me to do my own thing. No official news yet on what that is, but it's in the works," Watson said.

Empty Stomach partner Chad Carey shared a few words on the chef's departure over the phone.

"I'm very grateful in a lot of ways, and will be the first guy to stand in line for whatever he does next," Carey said.

Watson began his career with Empty Stomach as chef at The Monterey before leaving the group and Texas in favor of traveling and working in kitchens across the U.S. His love of Asian fare led to the creation of the Hot Joy pop-up on Sundays and Mondays at The now-shuttered Monterey, and was named a Rising Star chef in February 2012 by starchefs.com.

The pan-Asian funky as all hell eatery went on to earn the No. 7 spot in Bon Appetit's yearly list of best new restaurants in 2014, just months after opening.

John Philpot, who oversaw development at The Monterey for over a year before it closed last November has been charged with Hot Joy's kitchen operations going forward.

Regardless of where Watson lands next or what's in the works for the young chef, my money's on it being absolutely delicious.