More alcohol was sold in March than in the first two months of 2022 combined. 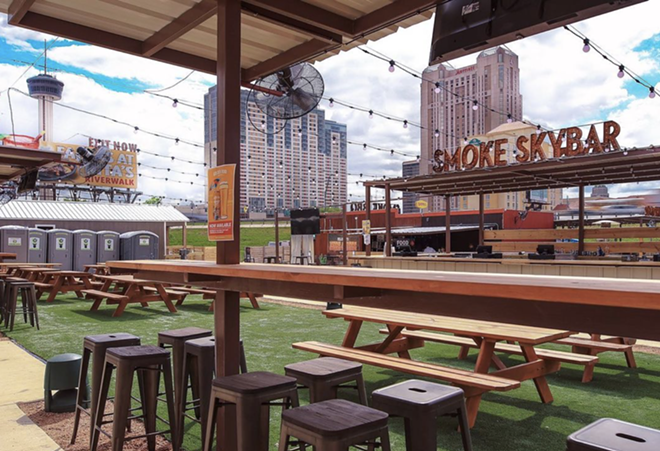 Instagram / smokesanantonio
Smoke BBQ + Skybar was one of the most popular spots to grab a drink in March 2022, selling $520,402 worth of booze.
Bexar County bars and restaurants rang up $74.3 million in alcohol-related sales during March, making it one of the booziest months ever in the Alamo City, according to Express-News.

Indeed, local establishments poured more alcohol than during March of both 2018 and March 2019 — the two years before the pandemic decimated on-premise sales. What’s more, alcohol sales in March 2022 were higher than in January or February, for which the combined revenue only came to $63.1 million.

The uptick in sales could be attributed to the return of spring break and the rounding-off of pandemic-related restrictions, the daily reports. Fiesta also may have  contributed to the record revenue.

According to the Express-News, Hotel Emma, Michelino’s Lone Star Cafe and Smoke BBQ+SKYBAR were among the establishments moving the most booze in March. Those bars generated a combined $1.6 million in alcohol-related revenue alone.