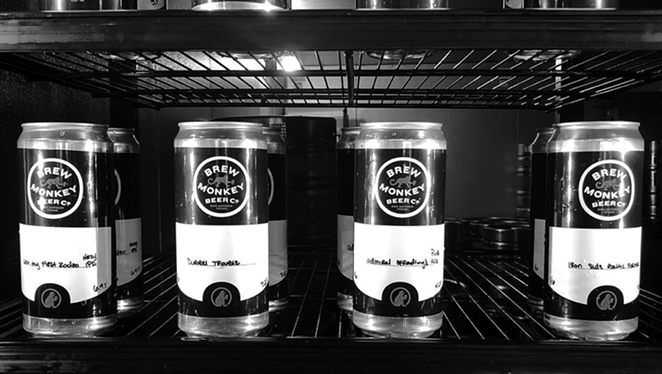 Instagram / brewmonkeybeerco
Later this month, local craft brewery Beer Monkey Beer Co. will transition to a new name.
San Antonio's Beer Monkey Beer Co. has a new name in the wake of a trademark infringement suit accusing it of confusing consumers by picking a name too close to that of an Austin-area beer producer.

Brew Monkey's owners were unavailable for comment at press time. However, the brewery lamented in its Instagram post that “another company felt our name was too similar to theirs and we don’t have enough money to legally argue about it.”

So, what does the San Antonio brewer's new name mean? For those not brew process-savvy, a “second pitch” of yeast is yeast that's been used in two separate brews. Once a beer is completed, it’s possible to use the same yeast to make something new and totally different.

In its Instagram post, the company said its use of the term for a name "is our way of honoring where we started, in many different ways, while we keep moving forward, holding true to our roots.”