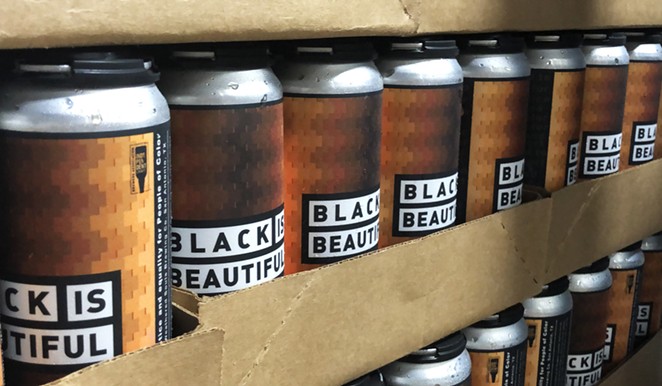 Nina Rangel
San Antonio's Weathered Souls Brewing Co. on Saturday will release the first of three iterations of its Black Is Beautiful Imperial Stout — the beer the Black-owned craft brewery is releasing to raise awareness of racial justice.

The third of those versions features the flavor profile of hazelnut coffee, and brewery founder Marcus Baskerville’s describes it as his favorite so far. The stout features both the aforementioned hazelnuts plus Longroad Coffee Company’s Rwandan Cafe de Gisagara.

"I like the Rwandan coffee," Baskerville told the Current during a Monday tasting at the brewery. "It’s bold and chocolate-forward with roasted notes. It’s just a really well done coffee.” 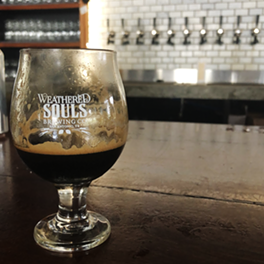 Nina Rangel
The new brew offered intense coffee flavors without being overly bitter, and the hazelnut imparted a pleasant, but very present, undertone. The color was gorgeous too — a velvety, chocolate brown, with a foamy head that took a few moments to settle. With a thinner viscosity than most Imperial Stouts, it proved crisp, smooth and sweet without being cloying.

“We try to create a more balanced product when it comes to stouts,” Baskerville said. “We want to do our ode to the traditional style of stouts while staying true to the Weathered Souls viscosity people are used to.”

For someone who doesn’t gravitate to imperial stouts all that much, I enjoyed my first Black Is Beautiful sampling. The coffee flavor doesn’t hit you over the head, but it’s present enough to enjoy the complex, toasty goodness of the expertly roasted beans.

Weathered Souls will have plenty of its first three versions of Black is Beautiful available for purchase online and for curbside pickup Saturday. Baskerville said the brewery will release at least two additional versions by the end of July.

The Black is Beautiful initiative — which encourages brewers to add their unique spin to a Weathered Souls imperial stout recipe and donate sale proceeds to social-justice groups — has drawn more than 920 participating breweries.