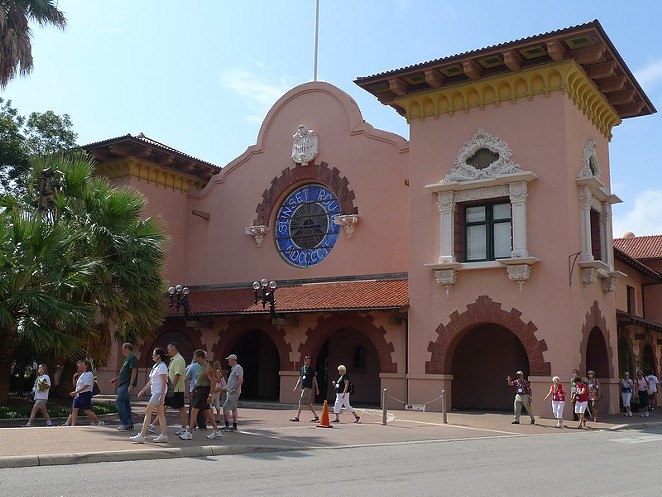 Flickr / Tony Kent
1902 at The Espee is set to open this November.
The move to revitalize The Espee, the east-of-downtown entertainment destination once called Sunset Station, may be taking another step forward.

A new nightspot called 1902 at The Espee will open inside San Antonio’s iconic Sunset Station Train Depot in November, according to a Facebook page for the new venue.

While details are sparse, 1902's page hints at a swanky nightlife experience featuring “world-class entertainment, drinks and service,” including onsite valet parking, bottle service and VIP reservations. The club plans to enforce a dress code and will charge cover for some events.

The Espee's owners announced a major rebranding and facelift for the complex in late 2019, but the pandemic delayed the revamp. The multi-building entertainment site was redeveloped from a defunct train depot in 1997 but its use declined over the years.

According to 1902's Facebook page, the club is looking to fill 75 positions before it opens in November, among them bartenders, servers, promotional staff and managers. The nightclub, located 1174 E. Commerce St., is offering jobseekers $15 to $25 an hour based on experience.