Tacoart Has Closed Its Doors 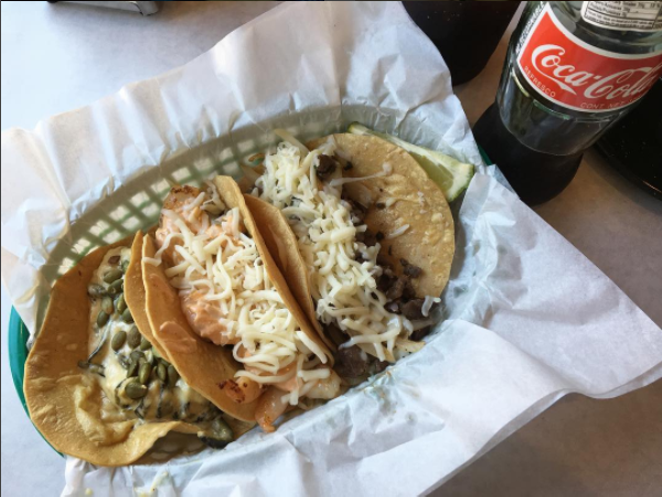 With just five weeks under its belt, Tacoart has closed its doors. The restaurant concept launched by owner Adriana Llano in place of Urban Taco (which she brought to San Antonio) first opened its doors on November 19 at the The Quarry Village.

In a letter to customers released on Monday, December 26, Llano briefly explained the sudden closing as having "fallen short of [their] projections."

Having stopped by for the soft opening, I had only one more visit to Tacoart before this closing. Regardless of the conditions for their closing, the food was good and will be missed by those who had a chance to try it. The pila blanca taco with poblano peppers, Oaxaca cheese, corn and pepitas was an early favorite of mine I'll have to recreate at home. 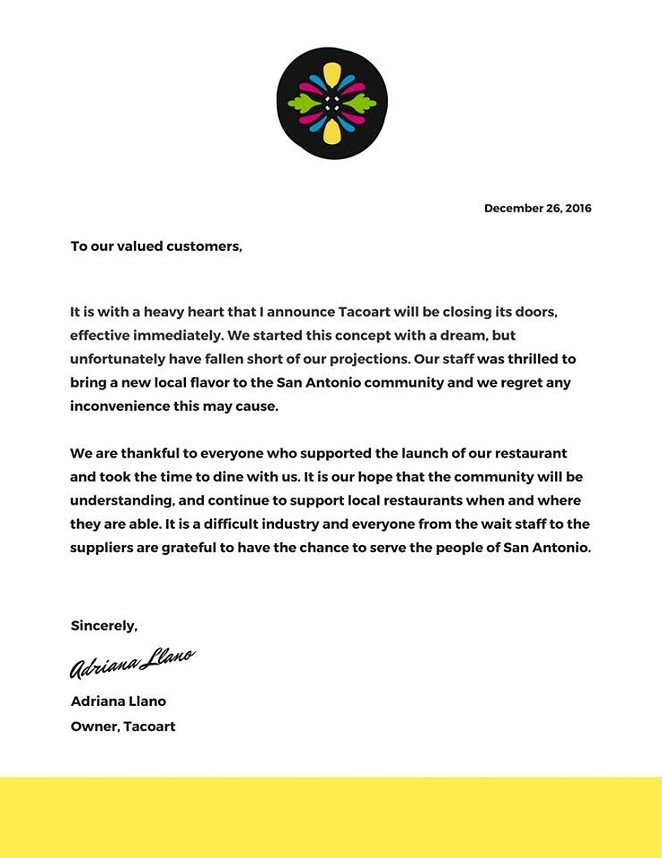