The Cookhouse Hits the Strip 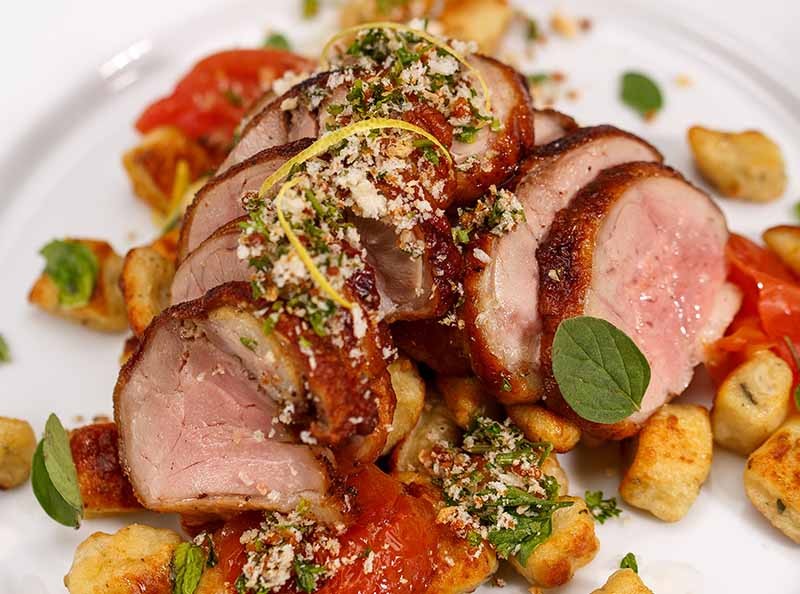 Three years ago on a wet and chilly evening, Where Y'at opened its window at Alamo Street Eat Bar in Southtown. After years of working at Il Sogno under chef Andrew Weissman, a relatively unknown Pieter Sypesteyn hit the ground running (or driving, I suppose) with his wife, Susan. Since then, and due to the guy's prowess with sauces, his warm comforting bowls of gumbo and his take on Cajun/Creole fare that helped introduce the food truck set to some serious po'boys, Sypesteyn and co. have garnered quite the following.

So it's really no surprise that when the Sypesteyn clan opened Cookhouse, a New Orleans-style restaurant and oyster bar, hungry San Antonians embraced the quaint eatery. If Where Y'at was the reflection of Sypesteyn's love of Nawlins food, then Cookhouse is his reflection of Cajun cookery as a whole, from the tender care of ingredients to the outright affection poured into every dish. And if this sounds like a love letter to Cookhouse, then you're not wrong, dear reader.

The space is painted in a warm coral, and an open kitchen and oyster bar command the attention of the room. Efficient tables litter the dining room, and you'll find hints of New Orleans throughout the plantation-style eatery that filters in light during the day and sets a cozy scene come nighttime.

I've stopped by twice for lunch, which is presented differently than dinner service. Mid-day eaters will find po'boys, hot plates, sides, a muffaletta and a la carte bites, as well as a special of the day, served up as it would be out of Where Y'at's window. Not one to resist a po'boy, I first ordered the hot roast beef with cheese and gravy. Forewarned by my server that the right way to eat this sandwich was with both hands as gravy made its way down my elbows, I loaded up on napkins and tackled this beast with my knife and fork...in a useless attempt to contain the mess. Learn from my mistakes. Eat the po'boy as it should be eaten and pass on any notion of table manners. After all, this meal is delivered wrapped in butcher paper.

For my second lunchtime stop, I was swayed into ordering a po'boy of the day, a little number made with pan-fried ham and house-made pimento cheese. Although it was still dressed with mayo, shredded lettuce, tomatoes and pickles, the sandwich was more manageable and less daunting than the roast beef, but equally delicious. Salty, sweet and just messy enough, Sypesteyn's not lost his touch with these truck-friendly menu items.

And then, of course, there's dinner. Full disclaimer, I stopped by Cookhouse on opening night to take in the show and wasn't disappointed. Apart from an overwhelmed staff—not their fault, it seemed most food lovers were dying to see the new eatery—dinner went off without a hitch and I left with a belly full of pork cutlet. I gave Cookhouse another few weeks before I returned with a few girlfriends and the results were similar to my original visit. This time, we took in a half dozen of the charbroiled oysters—spicy, rich and buttery—served with a few slices of traditional baguette. A shared pwa v'et salad of fresh green beans, red potatoes, red onion and a drool-worthy Creole mustard vinaigrette was flavorful and plated on custom-made dinnerware via San Antonio's Linda Perez Ceramics.

The night continued with our entrees, which included a tomato artichoke cannoli, panéed shrimp cake, and roasted duck and dumplings. The cannoli, made with fresh pasta and filled with tomato confit and artichoke hearts was comforting, and the hints of goat cheese helped give the dish a lift into "must-have" territory. The panéed shrimp, listed under appetizers, and pan-fried in its own shrimp-based breading was more than suitable. My duck and dumplings, both fragrant and eye-catching, was another definite hit as tiny marjoram potato gnocchi pillows and more tomato confit acted as bedding for a tender and crisp duck breast. This is what we fans of Sypestyen and his cooking have been waiting for these past three years.

I could go on gushing about how our poached pear dessert was dainty and rich and fun, and how I braved the incoming mid-week storm thus ruining a cute pair of flats rather than waiting out the deluge with even more food, but I won't. The menu at Cookhouse, San Antonio's newest IT place, is vast and you've got work to do. Put down the Current and get there, ASAP.