This is Why You Should Never Buy Tamales From a Stranger 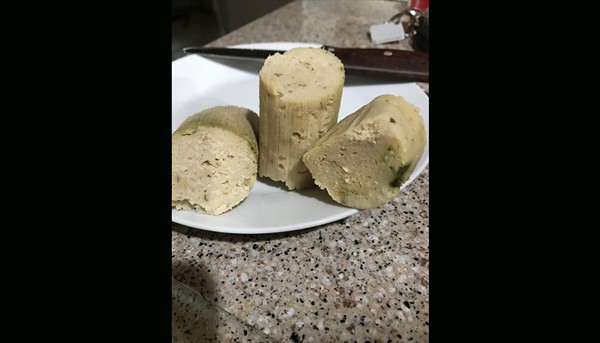 Figsnbacon / Reddit
Tamales are pretty much a must-have during the holidays, which may leave San Antonians in a bind for the delicacy. Maybe that's why this Reddit user decided to buy some tamales on the Next Door app.

A Reddit user by the name of Figsnbacon shared a photo of a San Antonian's worst nightmare: tamales that are puro masa.

The caption offered a bit of advice from the more than unfortunate ordeal: "Never ever order tamales from new or unconfirmed sources."

In the age of technology, it's no surprise that people are selling and buying the hot commodity on an app. Still, it's a little risky to buy tamales that haven't been vetted.

The Reddit user told KSAT that the $15/dozen tamales were sold by a mom and pop business promoted on Next Door. Mom and pop usually means authentic and delicious as can be here in San Antonio, but this seems to be the exception.

"He said this is how they make them in Guadalajara," the user also shared. "I'm sure the good people of Guadalajara would be mortified to be associated with these."

Seriously, these look like cookie dough, which more than a few commenters pointed out. While Figsnbacon said most of the tamales did have filling, but said the masa-to-filling ratio was still off.

One of the users even joked that these tamales were worthy of a capital offense.