What the Hell is a Foodie? 3 local eaters on what food means to them

Courtesy
Rebel Mariposa in her kitchen 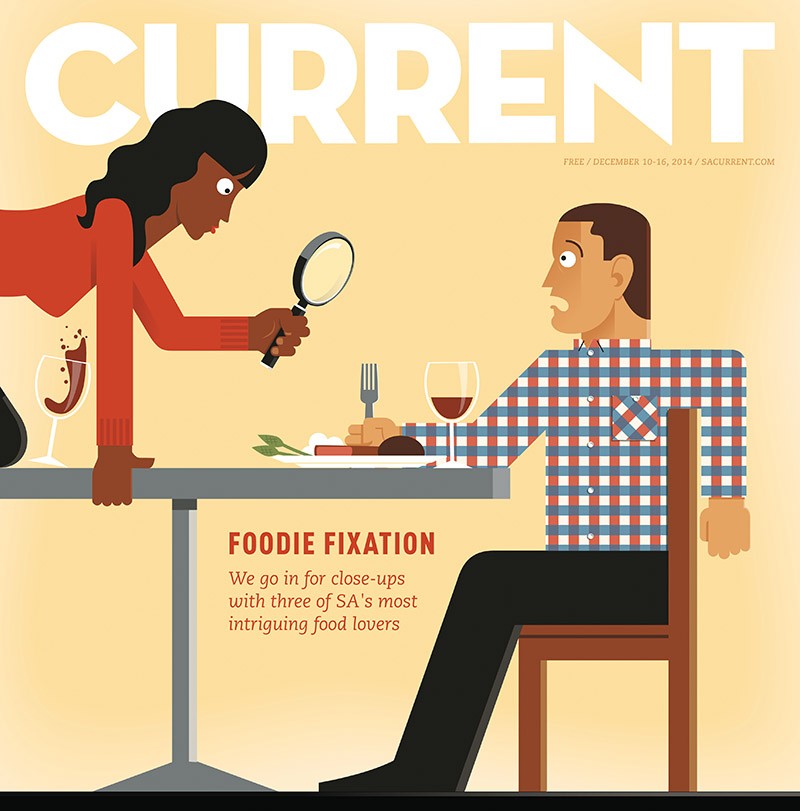 There are meet-ups, Reddit sub-groups, gift guides and “spots” for the gaggle of food-loving fiends known as “foodies.” While the term might have originally encouraged would-be diners to explore a world of eating as a hobby rather than for, you know, nourishment, being labeled a foodie hasn’t had the best connotation in several years.

For some, foodies are assholes, who hold up dinner by as king exactly where the tomatoes for the red sauce came from, who snap several glamour shots of their dish to share across social media platforms (guilty, and what of it?) and come off, for lack of a better word, as snobbish for talking at length about the five-course seated dinner they enjoyed recently.

If I may defend my fellow “foodies” (because I, too, have turned my nose up at the misnomer), having a near-rabid love of food isn’t entirely driven by status or what others have labeled “hip.” I’m going to take photos of my food because I want to share the hard work that goes into making it, be it my own or a kitchen staff’s. I’m going to talk about great restaurants ad nauseum, whether they’re at the Pearl or not, if they’ve led me to tasting something extraordinary or helped me recall former bites with nostalgia-inducing flavors. I’m going to nerd out on my meals, dammit! We’ve tapped other local food lovers, gourmands and food adventurers to explain what drives them to dive into the world of food. From an artist turned chef, to culinary director at one of the city’s dining hot beds, to H-E-B’s director of global sourcing (who’s responsible for the fresh supply of chipotles and quality balsamic vinegar you’re buying), we asked them to tell us their story. Maybe they’ll turn you into a food lover yet. 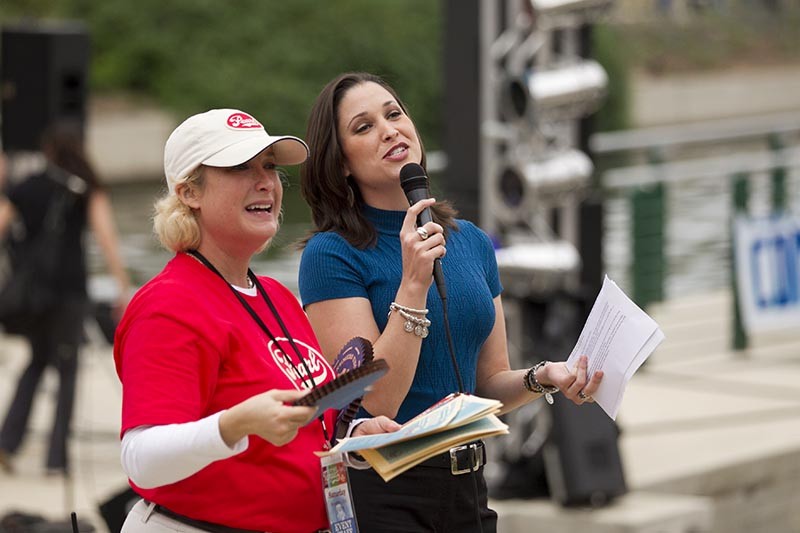 Courtesy
Shelley Grieshaber (on left) during the Tamales! Holiday Festival at Pearl

When/how did you get into food? What was the process like?

I’m so fortunate to have a mother that’s an amazing cook, so my love of food started early. I started thinking about culinary school in high school, but at that time it wasn’t common for people, let alone women, to make that choice. Instead, I pursued a political science degree at a small college in Massachusetts while working in Boston law firms. I couldn’t shake the cooking-bug, and a few years after graduating from college I applied to The Culinary Institute of America’s Hyde Park campus, and much to my surprise was accepted. I’ve never looked back since!

What appeals to you most about it?

I’m a creative soul at heart. Although I can’t draw, paint or sculpt to save my life, I find great satisfaction in creating food that pleases people. In my current role as Culinary Director of Pearl, I don’t get the opportunity to cook as much as I used to, but instead, get similar satisfaction in helping to change San Antonio’s culinary landscape, mentoring culinary students and helping some of the city’s premier chefs make their dream of opening their own restaurant a reality.

What are your thoughts on the word “foodie?” Love it, hate it, do you prefer another?

I definitely have mixed feeling about the term “foodie.” Before opening the Center for Foods of the Americas (now The Culinary Institute of America) at Pearl, I worked for five years with Central Market. If I’m not mistaken, the term wasn’t common before the original store opened in Austin, with their in-store experts called Foodies being the true pioneers of the term brought to life. I love the memories of the term in that context, but I often think it’s over-used today.

What’s your favorite place to eat in SA?

That is an impossible question to answer! My favorite restaurants can change based on the occasion, my current obsession and even the weather. Of course my support for all the restaurants at Pearl is unwavering, and I find myself in one, or sometimes several practically every day. If I’m not at Pearl you might find me on a beautiful day on the patio at Soluna sipping a margarita, or at Bliss, where I think Mark [Bliss] orchestrates the definition of a perfect dining experience or seeking out the latest addition to San Antonio’s growing diversity of ethnic cuisine options.

Where do you do the bulk of your grocery shopping?

Central Market, without a doubt.

What does the city need more of to expand as a culinary destination?

Honestly, I think we have to look at it from a different angle. San Antonio’s success at becoming a culinary destination won’t hinge on having more restaurants or markets or pop-ups. It will be determined by the consistently exceptional quality of food, service and overall experience offered by not just the up-and-comers, but by the classic establishments as well. The second element necessary to achieving the moniker of being a great food city is having the local community support the efforts of its restaurateurs, growers and food artisans. With these two forces working together, San Antonio can make the leap from culinary underdog to its rightful place among the best food destinations in the country.