Northwest San Antonio spot Alamo Biscuit Co. will host the competitive eater as he attempts to finish a massive sandwich laden with meat, cheese and eggs. 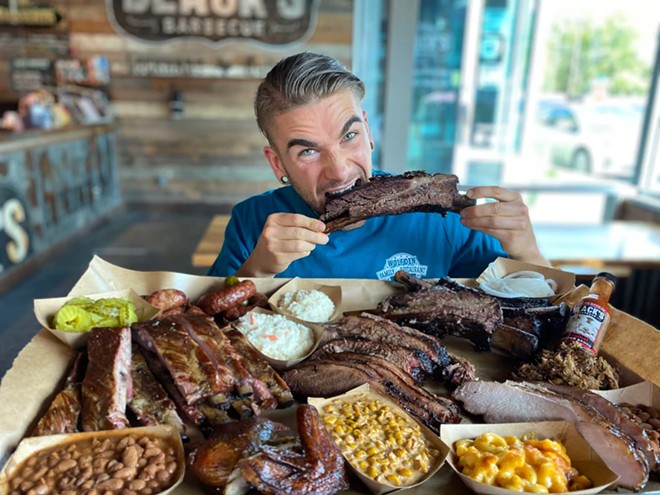 His host for the stomach-punishing feat? None other than San Antonio's Alamo Biscuit Co.

The Northwest San Antonio restaurant — known for its flaky, buttery biscuits — will host the social media star this Wednesday as he tries to scarf down a massive sandwich consisting of a 14-inch-diameter homemade biscuit loaded with eggs, cheese, brisket, smoked sausage, breakfast sausage and bacon. (Pass the salsa, please.)

Hansen’s bid to conquer the food challenge will take place at 2 p.m., and it will be broadcast to his more than 500,000 YouTube subscribers.

Alamo Biscuit is encouraging locals to stop in and watch the Guinness World Record-holder attempt the stunt. It's also urging the brave of belly to consider following in Hansen's footsteps. The specially created dish will soon become a permanent fixture on Alamo Biscuit's menu, its owners said.