10 Memorable Sex Scenes To Get You Feeling 'Grey' 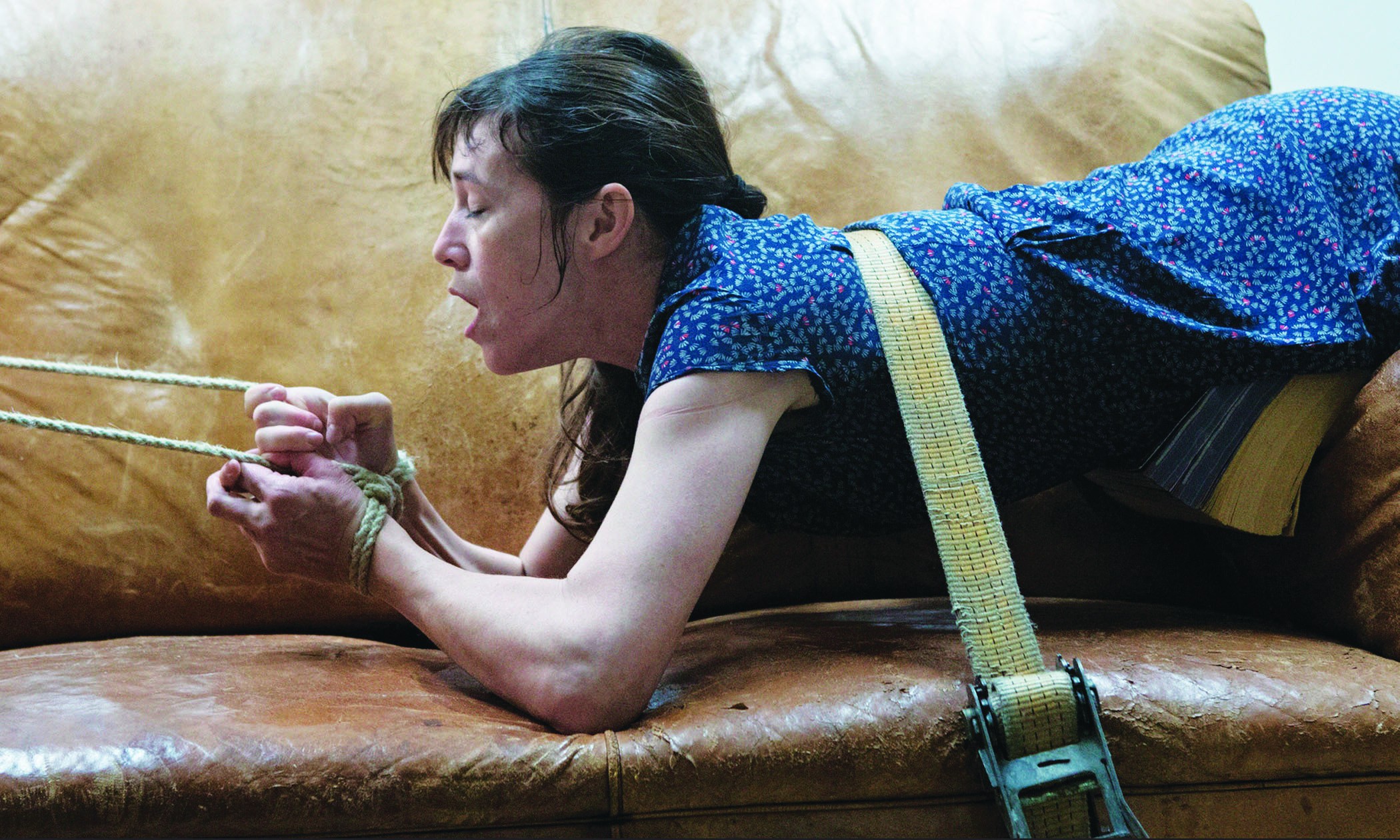 It wasn't so much the actual sexual act Jack (Jake Gyllenhaal) and Ennis (the late Heath Ledger) shared while bunking in a tent together in the Wyoming mountains that makes the outdoor scene noteworthy. Instead, it's the aggressive and reluctant way their characters come to terms with their bisexuality and their true selves in director Ang Lee's masterpiece.

Sexual tension boils over in filmmaker Todd Field's drama when Sarah (Kate Winslet), a stay-at-home mom, meets Brad (Patrick Wilson), a stay-at-home dad, during outings to the park with their children. Both sexually and emotionally frustrated, the parents wait until their kids are napping before rendezvousing in a laundry room just in time for the spin cycle.

Honestly, it's not a great sex scene as much as it is awkward, but it's funny and once the title characters (Seth Rogen and Elizabeth Banks) get to business on a bag of coffee beans, it's sort of sweet. By the way, what's with Rogen getting to mount all these actresses over the last few years – Katherine Heigl (Knocked Up), Anna Faris (Observe & Report) and Rose Byrne (Neighbors)? Is this becoming a trendy Hollywood fetish?

Controversial filmmaker Lars von Trier shoots Willem Dafoe and Charlotte Gainsbourg's unnamed characters bathing and boning to British baroque composer G.F. Handel's aria "Lascia ch'io pianga." All the while, their unsupervised toddler falls to his death out of a window.

After a night of drinking and dropping ecstasy, Nina (Natalie Portman) ends up taking Lily (Mila Kunis) back to her bedroom (or does she?) to, er, practice their pirouettes. Nothing says psychosis more clearly than having a sexual encounter with yourself.

It'll either make you sick to your stomach or laugh at the absurdity of it all, but when a sleazy Joe (Matthew McConaughey) forces a bloodied Sharla (Gina Gershon) to fellate a piece of KFC chicken, you'll never think of Colonel Sanders the same way again.

There's a lot of explicit intercourse in filmmaker Steve McQueen's NC-17 drama, but no scene is quite as hard-hitting as when sex addict Brandon (Michael Fassbender) enters a gay night club and allows another man to go down on him in a dark cubicle. Brandon is straight, but is so desperate to feel something, he gives into anything.

Von Trier and Gainsbourg make another appearance here, this time alongside Jamie Bell who plays "K," a sadomasochist that ties Gainsbourg's character to his couch with rope, duct tape and a ratchet-style strap and strikes her 14 times ("the original Roman maximum," he says) with a flogger he bought her for Christmas.

First sex scene in Blue Is the Warmest Color (2013)

Two young women, Adéle (Adéle Exarchopoulos) and Emma (Léa Seydoux), explore every inch of each other's bodies for six long minutes, a scene that took 10 days to shoot. Either director Abdellatif Kechiche wasn't getting what he wanted or their prosthetic vaginas kept falling off.

Everyone was secretly hoping something terrible would happen to creepy Desi (Neil Patrick Harris), but we're not sure if he deserved getting his throat sliced open by Amy (Rosamund Pike) mid orgasm. Maybe Harris will sing something about it when he hosts the Oscars later this month. Note to Harris: "Hacks" rhymes with "climax."