A Q&A with Marco Williams, director of 'The Undocumented' 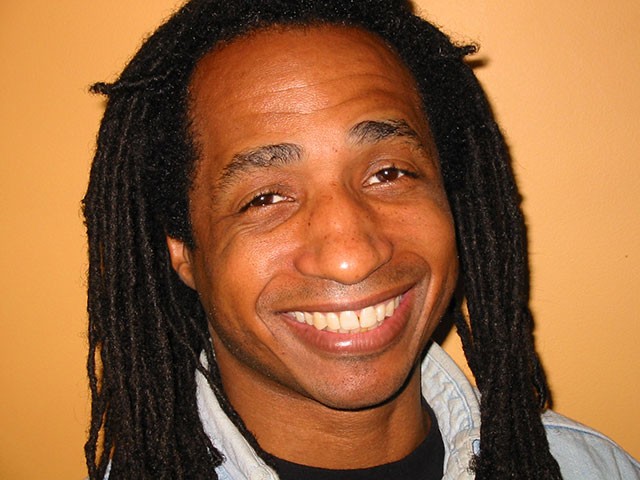 Marco Williams  is a veteran documentary filmmaker who teaches film production at New York University's Tisch School of the Arts. His previous films include Banished and Two Towns of Jasper.

He answered the Current’s questions via email.

Why did you pick this topic?
Immigration is the civil rights issue of the early 21st century. Injustice, indignity, suffering, and an us-against-them mentality pervade conversations and perceptions. I feel that this topic has a clear moral center. The moral center, migrant deaths, can move the conversation from being polarized. What can we do about these deaths?
How can we reduce them?

How does it build on your previous films, or do you see it as a departure?
While my body of work has been about race in America, The
Undocumented continues my commitment to making films about who we are as Americans. It represents another film on injustice.

How did you obtain your access?
I went to Tucson and introduced myself to many key players: humanitarian organizations, the medical examiner, lawyers, reporters, academics, the Mexican Consulate. I asked questions. I listened. I learned of the work that so many were doing with regard to migrant deaths. I thought there was a story to tell; I thought I could bring it to light in a manner that would be impactful. I asked the medical examiner and the Mexican Consulate for permission. They granted it. I wrote to the Department of Homeland Security and asked for access, 15 days of shooting; they granted it. The Mexican Consulate made introductions to Mexican families. I spoke with 12 total; six agreed to let me film.

How did you connect with the character Marcos Hernandez?
Marcos went to Chicago because he had a girlfriend/wife there. It gave him a base to make contact with Arizona authorities and to work so that he could send money back to his family. I got his name from the medical examiner who compiles a database of those who have gone missing, as opposed to those who are recorded as dead.

For a PBS program, I was caught by the graphic scenes of the dead with the medical examiner. Yet, these scenes are profoundly empathetic. Can you elaborate on your choices in these sequences?
Core to my intentions was to humanize the dead. I wanted to remove them from statistics, pie charts and graphs. I believe that if you see a face, you cannot help but to feel something, perhaps care. So, I don't think of the scenes as graphic. Yes they are explicit, but they are filled with compassion.

Why did you choose to add a transmedia component to the documentary project? What do you hope to achieve with it?
I chose these types of transmedia because I was looking for ways to extend the visceral, experiential facets of my film. The game invites a younger audience to the topic. It is my hope that people will cycle through the site, [that they come] because of the film but [that they] discover the map or [that they come] for the game and [discover] the film. My aspiration is to insure that migrant deaths are part of the conversation of immigration reform.