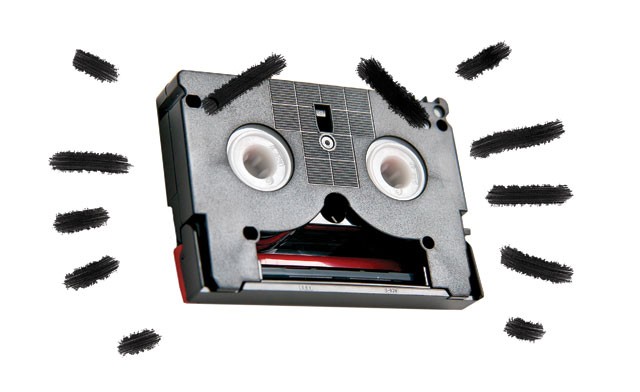 “Two years later, their footage was found.” That come-on, from the opening titles of The Blair Witch Project (1999), evokes as much anticipation among horror hounds as, “A long time ago in a galaxy far, far away…” It, of course, portends a “found footage” mockumentary, one of those shaky-cam epics like Paranormal Activity, The Last Exorcism, Diary of the Dead, Trollhunter, Quarantine (and its Spanish forerunner REC) in which a monster/demon/zombie attack unfolds entirely through the viewfinders of some unlucky camera-toting victims. Easy to see the popularity of this narrative gambit. Not only does it make the filmmaker seem clever (actually making the audience’s imagination do the work, instead of heaps of CGI) — it excuses unsteady acting, poor effects, bad lighting, and generally amateurish production values. Translation: It can be exquisitely cheap. While Cloverfield and Incident at Loch Ness cost some money, the Blair Witch’s measly $35,000 investment saw a return in the hundreds of millions. That’s the sort of shocker Hollywood accountants can live with. But what the youthful target audiences might not know is that the found-footage narrative goes back long before Blair Witch.

Before “mockumentary” appeared in our lexicon there was David Holzman’s Diary, Jim McBride’s groundbreaking 1967 short feature in which Texas-born L.M. “Kit” Carson plays a Manhattan film student whose obsessive lensing of his own life on 16mm undoes several romantic relationships. No monsters. No demons. No vampires or zombies. New Yorkers, yes. While the genre’s built-in profit means Paranormal Activity 4 may be inescapable this time next year, the real lesson taught by Holzman is that found-footage faux-reality film need not always be horror material. Here are some hidden found-footage gems that have cut across different genres, from war spectacle to detective drama, utilizing that innovative approach:

A depiction of the Vietnam conflict through the camera lens of an Army trooper shooting a training film during a recon mission. In his book Vietnam at the Movies, retired military historian Michael Lee Lanning (the Gene Siskel of war movie critics) named it one of the most authentic ’Nam dramas ever made.

Radio shock-jock and “reality” headliner Danny Bonaduce stars in what purports to be a camcorder cartridge (no fooling: production techniques are pure VHS) belonging to a family guy kidnapped/indoctrinated by violent robbers who want a vanity record of their lethal crime spree.

Quentin Tarantino engineered a U.S. release of this Canadian punk-rock chronicle. Filmmaker Bruce McDonald, playing himself, leads a somewhat corruptible concert-film crew on tour with a pair of squabbling Vancouver underground musicians, one on the verge of selling out commercially, the other still holding onto his teenage anarchist philosophy. Don’t believe the Spinal Tap ad campaign: this is no comedy, as the storyline runs through a haze of hard music (originals and covers of punk classics), drugs, fights, betrayals, secrets, and lies. Don’t miss the closing credits, with cameos by Joey Ramone, the Modernettes, and D.O.A.

Dutch psychodrama with kinky incest overtones has a voyeuristic video-camera owner dropping in unannounced on his college-student sister for her 20th birthday, pathologically filming and manipulating her and her circle of friends in what amounts to a brotherly seduction. Watch all the way through the closing credits for an epilogue. It won’t give you easy answers, but you’ll never look at a flea-market bargain the same way again.

In this 16mm black-and-white stalk-umentary comedy, a male cinematographer on assignment in Chicago fixates venomously on a single alt-newspaper columnist (director/writer Heidi Van Lier), pitilessly recording her neediness and train-wreck personal life and verbally abusing her in the narration. Conclusion: He’s wild about her. Immortal line, uttered by a troubled witness to a romantic tableau: “They were enjoying the lust of the goat!”