America’s Next Top Mongrel: Pick of the Litter Plays Like a Competitive Reality Show on Animal Planet — and That’s a Good Thing 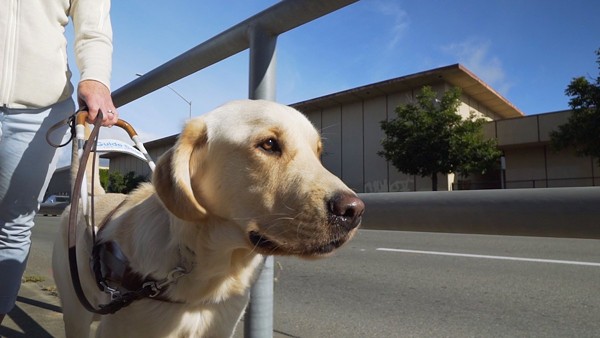 If Animal Planet was as smart as a Border Collie, it would figure out a way to adapt the crowd-pleasing and educational documentary Pick of the Litter into a reality show. Sure, the cable network already has plenty of programs that fill the category like Pit Bulls and Parolees and My Cat from Hell, but none currently feature the pets going fluffy head to fluffy head in a thrilling competition (the hit TV show Puppy Bowl doesn’t count because puppies, contrary to popular belief, can’t really play football).

In Pick of the Litter, five newborn Labradors — Patriot, Potomac, Primrose, Poppet and Phil — are placed in a training program with the California-based nonprofit Guide Dogs for the Blind (GDB) to become guide dogs for the visually impaired. While the training program isn’t a competition, directors Don Hardy Jr. and Dana Nachman have a little fun in the doc by arranging the 20-month-long process into a tail-wagging battle royale where the five pups put their skills to the test in order to make it to graduation day and be placed with a new owner.

The idea works surprisingly well since becoming a guide dog for GDB is incredibly difficult. According to the organization, only 300 of the 800 dogs bred annually will complete the training program as guide dogs. And demand is high. Each year, GDB receives 1,100 applications from potential dog owners. By setting up the film as a friendly contest, Pick of the Litter is more enjoyable for moviegoers who are interested in rooting for their favorite pooch — from Phil and his easygoing lease on life to Patriot who is a bit of a biter.

Like any gripping reality show competition, Pick of the Litter also comes with other heartwarming stories about the men and women who are working together to get each dog to meet its goals. This includes the volunteer “puppy raisers” who care for the pups for a few months before they transition to more experienced trainers called “puppy club leaders.” Most of the trainers have uplifting stories to tell about why they enjoy raising and training dogs. The narrative gets emotional during the more touching scenes when some of the pups are cut from the program (GDB labels these dogs “career changed”).

As cheerful and affectionate as the humans are in the story, the dogs, of course, are the true stars of Pick of the Litter. Watching the five showcased here — from their entry into the world as yappy little fuzzballs to these incredibly intelligent animals — is a wonderful testament to the services provided by GDB, which have changed thousands of lives since its inception in 1942. For that, Pick of the Litter certainly deserves its fair share of tummy rubs.