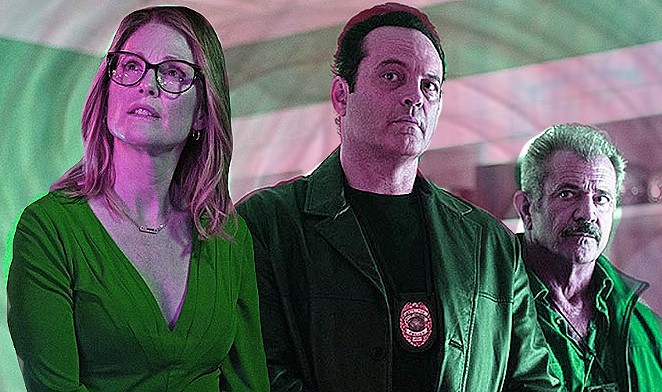 Here are a couple of short reviews of movies that were recently released in San Antonio theaters or on VOD. 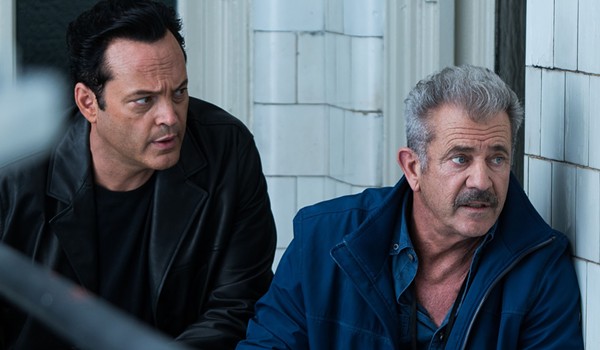 Summit Entertainment
Filmmaker S. Craig Zahler pumps the breaks and returns to a more slow-burning type thriller – the kind he introduced audiences to with his feature debut in 2015, Bone Tomahawk. Two years later, Zahler kicked it up a notch with Brawl in Cell Block 99 starring Vince Vaughn as an ex-boxer thrown into prison and forced to smash skulls. In Concrete, Zahler reteams with Vaughn and adds Oscar-winning actor Mel Gibson to the roster for a leisurely-paced, trashy B-movie that is surprisingly not as fun as the writer/director’s prior contributions to the big screen. Vaughn and Gibson, however, have an incredible chemistry together. They star as Brett Ridgeman (Gibson) and Tony Lurasetti (Vaughn), two police officers who are suspended for six weeks when a video of them using excessive force on a drug dealer goes viral. With plenty of family issues at home that don’t afford him the luxury of missing paychecks, Brett talks his partner into stealing money from a known criminal, but not before doing the necessary groundwork so the scheme can actually work. Clocked at two hours and 39 minutes, Concrete plays out like a dragged-out stakeout scene in a brutal cop drama. Besides Gibon and Vaughn exchanging some entertaining dialogue, Zahler proves this kind of pulpy and likely-offensive content is probably what he should stick to making as his career moves forward. Next time, however, he should try doing it without making moviegoers watch one of his characters eat a breakfast sandwich in real time. Dragged Across Concrete hit VOD platforms March 22. 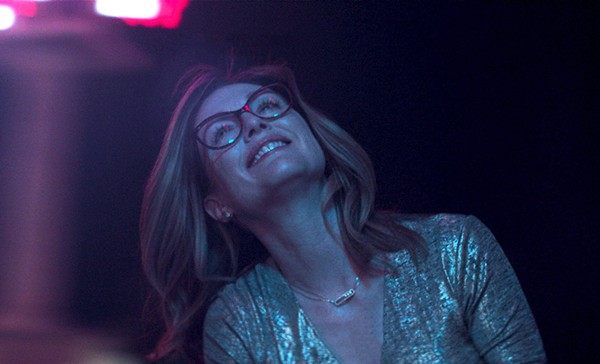 A24
Normally, when foreign films are remade for American audiences, studios want to start on a clean slate. When you have someone as capable as Chilean filmmaker Sebastián Lelio, however, there’s a lot to be gained by choosing to keep the director of the original film on the bill. After winning the Academy Award for Best Foreign Film for his 2017 drama A Fantastic Woman, Lelio steps behind the camera for Gloria Bell, a remake of his 2013 film Gloria. In the new American version, Oscar winner Julianne Moore (Still Alice) stars as the title character, a divorced, middle-aged woman who is looking for love under the disco lights of dance clubs in Los Angeles. When she meets a man named Arnold (John Turturro, an interesting casting choice), Gloria believe she has found someone with whom she can start a true relationship. But when Gloria starts to notice red flags rise (Arnold is unable to untether himself from his needy adult daughters and ex-wife), the film’s heroine is not about to stand idly by and get her heart broken. It’s more than obvious that leading roles for women of a certain age are a rarity in Hollywood, so the fact that not only was Gloria Bell greenlit, but also turns out to be a well-made character study starring one of the industry’s most gifted working actresses, should be enough for everyone to seek it out at their nearest art-house theater. Gloria Bell opened at the Santikos Bijou Theater March 22.