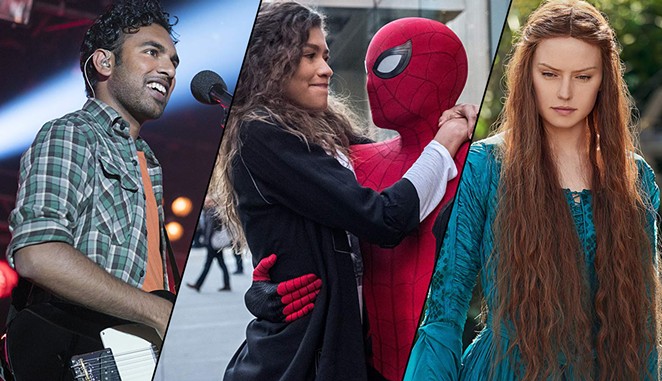 Here are a few short reviews of movies that were released at San Antonio theaters and on VOD over the last week.

IFC Films
Based on the 2008 novel of the same name by Lisa Klein, Ophelia is a reimagining of William Shakespeare’s tragic tale Hamlet told from the perspective of the Danish noblewoman Hamlet loved. Unless you skipped high school English class, you should know Ophelia goes mad and meets her demise at the bottom of a muddy stream. In Ophelia, Australian director Claire McCarthy (The Waiting City) and screenwriter Semi Chellas (TV’s Mad Men) challenge much of Shakespeare’s original work and grant Ophelia more control of her own narrative. It’s a storytelling shift that allows actress Daisy Ridley (Star Wars: The Last Jedi) to convey her emotions thoroughly as an assertive figure in the title role, especially when compared to past portrayals. If revisionist literature is something you find compelling, Ophelia will satisfy those viewers with its empowering revelations and its elegant style by cinematographer Denson Baker (The Dark Horse). Ophelia hit VOD platforms July 3.
3 out of 5 stars

Columbia Pictures
After 17 years and eight feature films, including last year’s visionary Oscar-winning animation Spider-Man: Into the Spider-Verse, Marvel seems to have found its groove with actor Tom Holland taking the lead as the web-slinger. Of course, Holland has been given the chance to show off his skills in more than the franchise-best Spider-Man: Homecoming and this newest entry. He was also featured in Captain America: Civil War, Avengers: Infinity War and Avengers: Endgame and has proven to be the most likeable and realistic version of Peter Parker when compared to his predecessors Tobey Maguire and Andrew Garfield. While Peter (Holland) is probably emotionally scarred from the events of Endgame only a few months ago, the fun continues post-Tony Stark when he takes a class trip to Europe with best buddy Ned (Jacob Batalon) and crush MJ (Zendaya) only to be called upon by Nick Fury (Samuel L. Jackson) to team up with parallel-universe superhero Mysterio (Jake Gyllenhaal) and destroy new villains known as the Elementals. Can’t a teenage superhero get a much-needed vacation around here? The twist in the story turns out to be more convoluted than it needs to be, but when returning director Jon Watts (Spider-Man: Homecoming) keeps the focus on Peter and his classmates, Spider-Man Far from Home proves to be a good time in the MCU. Spider-Man Far from Home opened nationwide July 2.
3 out of 5 stars 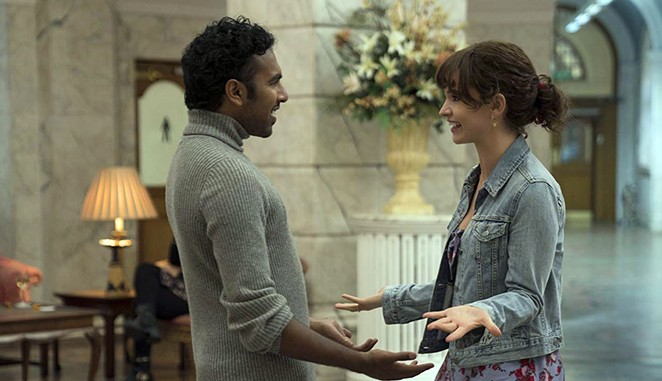 Universal Pictures
Unanswered questions and plot holes thrive in Yesterday, but it’s impossible not to become enchanted by the Beatles-inspired, musical fantasy from Oscar-winning director Danny Boyle (Slumdog Millionaire) and Oscar-nominated screenwriter Richard Curtis (Four Weddings and a Funeral). Jack Malik (Himesh Patel in his feature film debut) is a struggling English musician who finally decides to call it quits after years of disappointment in the industry. His entire life changes overnight when he gets hit by a bus during a global blackout and wakes up in a world where no one knows the music of legendary British rock band The Beatles. Realizing he can claim the band's entire catalogue of songs as his own (or at least the songs he can remember the lyrics to), Jack goes on a bizarre journey that ultimately transforms him into the most prolific songwriter anyone has ever seen. Along with the musical elements of the screenplay, Boyle and Curtis create a sweet love story between Jack and his manager Ellie (Lily James) that has been stirring under the surface since they were childhood friends. While many critics are pointing out how silly they think the central idea is, the magic realism Boyle and Curtis adopt for their eccentric idea isn’t any more nonsensical than charming films like Pleasantville, The Truman Show or Eternal Sunshine of the Spotless Mind. With some movies, it’s possible to be more than satisfied by suspending disbelief and letting the earnestness, wonderment and nostalgic vibe wash over you. Yesterday is that kind of crowd pleaser. Yesterday opened nationwide June 28.
3.5 out of 5 stars