He’s Got Skills: Napoleon Dynamite Star Jon Heder Answers Some Sweet Questions About Ligers, Tetherball and Voting for Pedro in 2020 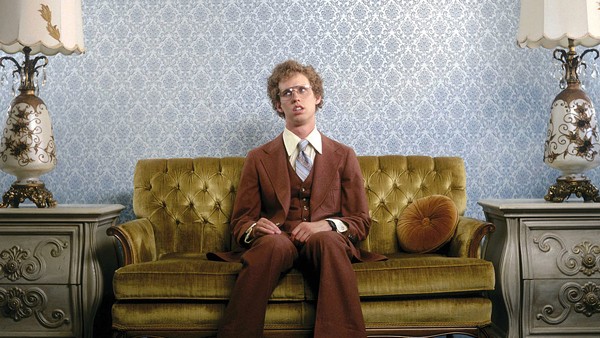 For actor Jon Heder, starring as the awkward title character in the 2004 indie cult classic Napoleon Dynamite was more of a blessing than a curse.

“Because of it, I’ve been able to form a career,” Heder told the Current last year prior to his first-ever visit to San Antonio for Alamo City Comic Con. “I know actors who would kill for that. You are remembered for something — always.”

This week, Heder returns to the Alamo City for the second year in a row, this time for a conversation and special screening of Napoleon Dynamite at the Tobin Center. Joining Heder for the event will be actors Efren Ramirez and Tina Majorino, who played Pedro and Deb in the film, respectively.

The Current recently caught up with Heder again and talked about what he thinks Napoleon’s social media habits would be like today, why ligers are a totally logical animal and if he still has sweet tetherball skills.

When you get a chance to share Napoleon Dynamite with fans, is it more special when co-stars are with you?
That’s what makes it so fun. It’s a reunion for ourselves. It’s always such a treat to see Tina and Efren. I don’t hang out with tons of Hollywood people and co-stars. I mean, sometimes I see people, but I have my family and that’s pretty much who I stick to. So, we get to reminisce about the movie, but it’s also just about catching up and seeing each other.

I think some people might be disappointed to know that you don’t go barhopping with Will Ferrell (his co-star in the 2007 comedy Blades of Glory) regularly.
[Laughs] Maybe we’ll do that for the movie’s anniversary or something.

Did you know anyone like Napoleon when you were in high school?
I pulled a lot of inspiration for Napoleon from my younger brothers, but also from that loner kid who loved to do drawings and thought he was good at drawings but really wasn’t. I remember kids like that, for sure. The drawings in [Napoleon Dynamite], I did myself. I tried to copy the style that I remember kids drawing in school.

I wonder how much those drawings would go for today at Sotheby’s.
It would be sweet if it was in — the ones of dollars!

Do you think Napoleon would be someone who would attend his high school reunion, or would he be one of those guys that falls off the face of the earth?
I’ve asked myself that a lot — what would he be like today? Everybody is on social media, so you almost wonder if he would be, too. I think he would probably be using [social media] like most people do — convincing themselves that their life is better than it actually is by posting only the good things. I don’t think he’d be very good at it though. He’d probably just post pictures of food. 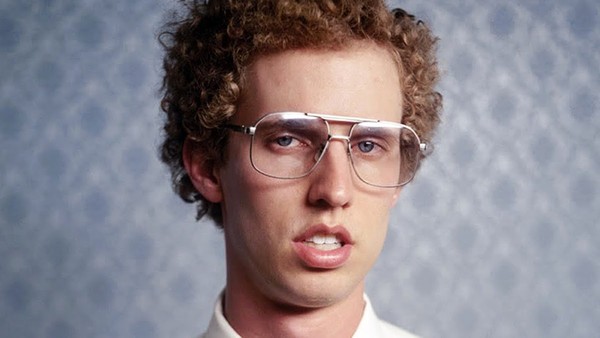 Before you were married, did you ever use the line, “I played Napoleon Dynamite” as a pick-up line?
I was actually already married when I made Napoleon Dynamite, so I never got to use that line! I don’t know if that line would’ve worked. If I used the line on my wife, it would’ve probably had the opposite effect. She would’ve been like, “Forget that and leave me alone!”

I have to admit something: I only recently found out that ligers are real animals. I was shocked. It was like when I found out narwhals were real animals.
I had never heard of a liger before I made the movie. In the movie, we represent them and draw them as if they are just magical creatures. But if you think about it, you’ll realize, “Well, if you breed a male lion with a female tiger, you’re going to get something!” And a liger is what you get — minus the magic.

How are your tetherball skills these days?
I was hanging out with some family friends during the summer and was at a birthday party of someone I didn’t know. They had a tetherball pole in their backyard. Some of the kids looked at me and said, “Hey, let’s play tetherball.” I was like, “Why are you asking me and not anyone else? Tetherball sucks!” I mean, it doesn’t suck, but it’s not as fun to play as bocce ball. I was like, “No, forget it. I’m just going to cream you if I play you!”

If Pedro ran for president in 2020, would you vote for him?
I probably would. He’s a good guy. We need someone with a pure heart. It would be great to have someone like that in office — someone who is actually a good person.