Inside Peace Goes Behind Bars At SA's Dominguez State Jail 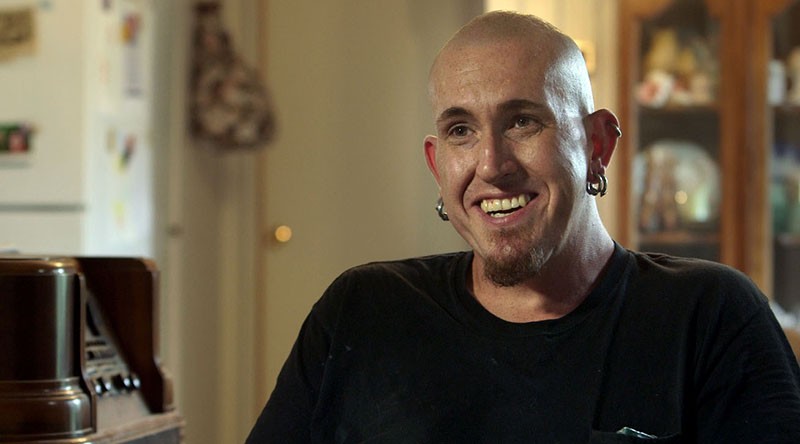 Courtesy
Real rehab: First-time fillmmaker Cynthia Franklin uses the case of a former inmate at a state jail in SA to highlight issues with the lock-it-and-throw-away-the-key prison philosophy.

It's been three years since Chase Cowan has been inside a jail cell. For someone who has spent much of his adult life in and out of the prison system for drug and alcohol-related crimes, it isn't a place he wants to return to anytime soon.

"I was ready for change one way or another," Cowan told the San Antonio Current during a phone interview last week. "There was a motivation inside me telling me I needed to grow up."

Cowan credits a series of self-improvement classes he took during his last stint at San Antonio's Fabian Dominguez State Jail for putting him on a path to transform his life for the better. The Peace Education Program (PEP), which started at Dominguez in 2007, consists of workshops designed to show inmates how to improve their lives through inner strength and give them the resources to make good choices.

"The program helped me to calm down and find my center and be able to handle each problem individually," Cowan said. "I remind myself not to get emotionally caught up with everything. That was a big cause of me acting out in the past. [PEP] has really helped me bring back the focus to myself."

First-time feature filmmaker Cynthia Fitzpatrick was quick to realize there was an inspirational story unfolding at Dominguez when she saw video footage of inmates participating in the classes in early 2011. In her new documentary Inside Peace, Fitzpatrick takes a close look at the impact of PEP through interviews with Dominguez detainees and state jail officials.

Inside Peace - Trailer from UnTraveled Road Productions on Vimeo.

Fitzpatrick, who lives in Los Angeles and is a TV show editor by trade (The Sopranos, Sex and the City), made her first trip to San Antonio in summer of 2011. Although she said her initial intention was to simply record one of the PEP classes, it was clear to her that there was a more important story to be told when she met the men at Dominguez. Unlike prison reality TV shows like Lockup and Jail, which Fitzpatrick said make audiences fear inmates, she wanted Inside Peace to tell a different kind of story rarely seen from behind bars.

"In those reality shows, everyone is portrayed as very stereotypical," Fitzpatrick told the Current last week. "But these men have hearts and souls. I was interested in what happens when human beings get a little self-esteem and decide for themselves that they want to change."

For Cowan, participating in PEP was the motivation he needed to get out and stay out of jail. Currently living in Edna, Texas, with his wife and two children, he works for his father as a laborer on rental properties. Cowan said he enjoys his freedom and does his best to remember the lessons he took from PEP, especially those that taught him to "think and act instead of just react." It's no easy task.

"I still struggle, but I always try to utilize the tools I learned at Dominguez," Cowan said. "Sometimes it's just about enjoying the small moments of the day and just looking at the sky instead of being frustrated about the problems in the world. I don't care how bad my day is, it's always better than being in jail."

It's this change in perspective that Fitzpatrick wants to highlight in her film. She wants authorities across the country to see that criminals like the ones she met at Dominguez are able to rehabilitate and shouldn't be thrown into a "rickety old system" where they are locked up for a period of time and then released, only to repeat the cycle over and over again.

"Rehabilitation is really starting to gain some traction," Fitzpatrick said. "The old way is not working. People are realizing they can't just lock someone up and throw away the key. I mean, why would you put a kid away for 10 years who robbed a liquor store with a banana in his pocket to get $100 for drugs? It doesn't make sense."

Although Cowan said he has an "X on his back" because of his record, he wants audiences to know there are many individuals like him that simply made bad choices in life, but are not bad men. He hopes a film like Inside Peace proves people can evolve into upstanding citizens.

"I want people to enjoy life the way I'm able to enjoy it," Cowan said. "It's not about what you have, it's about being able to have inner peace and finding balance and joy within yourself."

Inside Peace does not currently have a release date in San Antonio, but Fitzpatrick says she hopes her documentary is accepted into the San Antonio Film Festival, scheduled for August 5-9.