Jewel as June Carter Cash: a must see 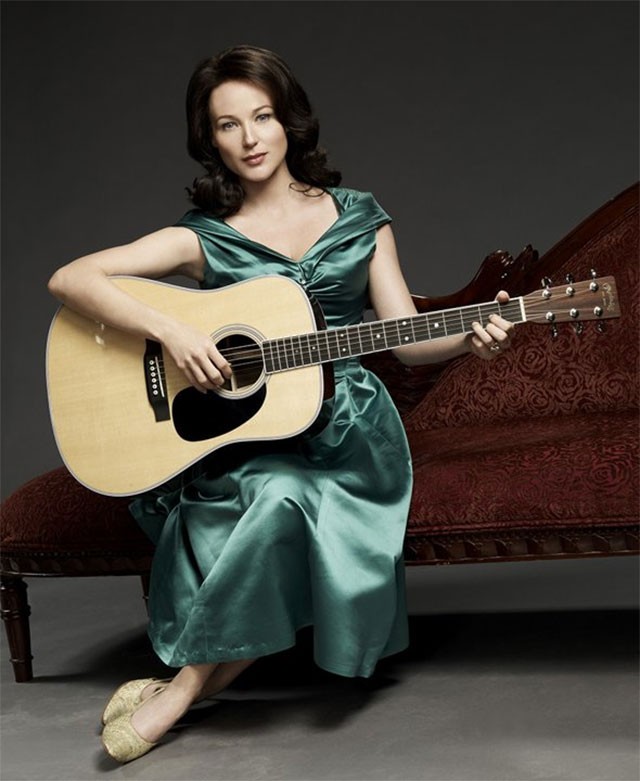 This exceptional TV movie tells the story of country singer June Carter Cash (Jewel), from her childhood stardom with the Carter Family through her turbulent marriage to Johnny Cash (Matt Ross). I know you’re not going to believe me, but Jewel — known as a pop singer rather than an actress — will make you forget all about Reese Witherspoon’s Oscar-winning turn as Carter Cash in Walk the Line. Oozing charisma, she is a revelation here. It’s no surprise that she nails the singing, but who would have thought her capable of bringing such a complex character to life onscreen?

We meet Carter Cash as a young woman with a radiant smile and a performer’s instinct to please. Her good nature is tested when she becomes involved with the pill-popping Cash, but she stands by her man even as he makes their life a living hell. Why does June stay with him? The potent chemistry between Jewel and Ross is all the answer you need.

The film gallops through the decades, allowing Jewel to have fun with ever-changing hairdos and outfits. More importantly, she shows Carter Cash growing and changing in response to life’s hard knocks. The scariest moment comes when, after years of self-restraint, she lets her anguish pour out during Johnny’s stint in rehab. At this point in the movie June sings her most famous composition, “Ring of Fire,” and you have no trouble understanding the meaning of her lyrics “love is a burning thing.”