John Maclean's Acid Western 'Slow West' Requires Patience, But It's Worth The Wait 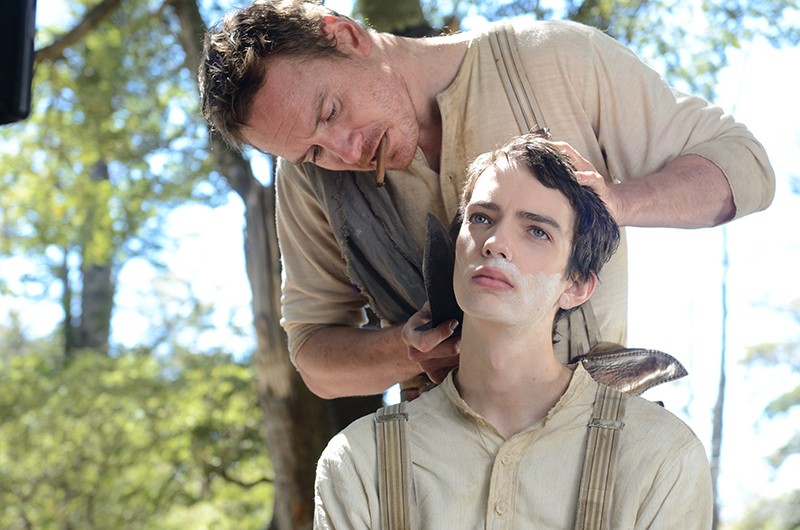 "There's much more to life than just survival." - Jay

The acid Western is a small but esteemed genre, deconstructing or satirizing the myth of frontier heroism and moxie with panache that art house and European audiences adore and everyday American filmgoers (and probably more than a few Australians) find tedious and impenetrable. So, when you aim for your feature debut to sit beside Jim Jarmusch's Dead Man, Robert Altman's McCabe And Mrs. Miller or Sam Peckinpah's Pat Garrett and Billy the Kid, you're not exactly seeking box office gold.

Former The Beta Band member John Maclean has stepped into the director's seat with Slow West and has found a film festival circuit willing to embrace his sometimes jarring, sometimes sly, but mostly pokey frontier fairy tale. Sundance handed Slow West its drama jury award and it's been a popular festival opener across the nation, but the true test will be whether an in-no-hurry, 84-minute Western shot in New Zealand with an almost all-foreign cast can attract attention in a season of big-budget bombast.

Narrated by a jaded Irish bounty hunter named Silas (Michael Fassbender), we're told the story of starry-eyed, 16-year-old Jay (Kodi Smit-McPhee), who's come from Scotland in search of his one true love, Rose (Caren Pistorius). Jay has an idea of where his sweetheart is living, but is unaware that someone's put a bounty on her and her pa's head. Lost in the Colorado wilderness, he happens upon Silas, who agrees to protect the boy from bandits and natives and teach him how to survive on the lonesome trail.

Meanwhile, another gang, led by the vicious bounty hunter Payne (Ben Mendelsohn), has picked up Rose's scent and is looking to cash in. Jay, as Silas foreshadows, ends up a "jackrabbit in a den of wolves." When they eventually find the remote cabin where Rose is living, things are quite different than Jay expected, resulting in an ending that's as touching as it is tragic.

Maclean, who scripted as well as directed, offers up an odyssey in contrast, teaming a cynical and, if necessary, brutal man with a naive teen suffering from unrequited love. The two wind their way through majestic, otherworldly landscapes where almost everyone is a killer, or becomes one. While there's little doubt that the film is building — albeit very slowly — toward a final gunfight (it's worth the wait!), we can't be sure how many other instances of violence we'll encounter first.

Valiantly mixing storybook romanticism with the political and historical realities of manifest destiny, Maclean patiently immerses you in the rhythm and pace of this simpler time, then punctuates the stillness with thrilling — and unsettling — moments of lawlessness or Coen Brothers absurdism. Ultimately, the lush forests and broad valleys are picture-book backdrops for merciless savagery, the kind where men and women are all too willing to murder one another.

As Maclean shifts his film from fantasy to tragedy, it becomes clear that both Jay and Silas are equally misguided about who they are and how the world works. Jay's notions of heroism are strictly of the flowery, storybook variety, and clearly out of sync with the dangers he faces. Smit-McPhee handles his character's dreamy confusion, dangerous naiveté and instances of shocked panic convincingly, but offers little substance beyond those obvious surfaces.

It may not be the young actor's fault, however, as Slow West trades in archetypes rather than flesh and blood characters. Nevertheless, Fassbender is excellent as a man who's mistakenly bought into the idea that he's a lethal lone wolf. He gives his hard-bitten gunslinger enough nuance and depth to compensate for the script's shortcomings. Similarly, Pistorius' fierce and indomitable Rose is a welcome surprise, balancing a real-world mix of innate kindness with hard-fought independence. She's hardly the damsel in distress Jay imagines he must rescue.

In the end, after Maclean has staged one of the best and most vicious gun battles I've seen in a long time, Slow West subverts the Shakespearean-sized tragedy of its finish with a cheap sight gag. Surprisingly, it works. And yet it's hard to decide whether Maclean, in the end, is a satirist or an artist who couldn't make up his mind.

Opens May 22 at Santikos Bijou