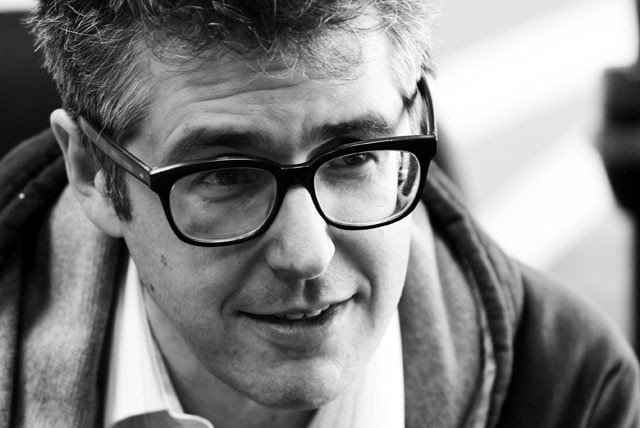 Don’t hold your breath waiting for a movie studio to green-light a project based on the dreams of This American Life host/producer Ira Glass. Unless you’re interested in watching a film about a stressed-out Public Radio International on-air personality, Glass admits his subconscious is mostly unimaginative.

“My dreams fall into two variations,” Glass, 53, told the Current during an interview to promote Sleepwalk with Me, an independent comedy he co-wrote, which opens in San Antonio September 7. “In the first one, I dream I need to finish the radio show and I’m on deadline and I’m not going to make it. The other dream is basically the same thing, but for some reason I don’t have any clothes on.”

In Sleepwalk with Me, Glass contributes to the adaptation of comedian Mike Birbiglia’s personal story about trying to make it in the stand-up industry and having to cope with his real-life sleepwalking disorder in which he acts out his dreams. Prior to the film, Birbiglia shared his story in a number of formats, including on the radio during a 2008 episode of This American Life, as an off-Broadway one-man-show, and in a best-selling book.

Glass says he relates to Birbiglia’s biography, especially since both men have questioned in the past whether or not they were pursing a career they could actually flourish in. For Glass, it was something that first crossed his mind working as an intern at NPR when he was 19 years old.

“I spent a lot of time in my 20s wanting to be a reporter and to be on the air, but I wasn’t good at it at all,” Glass said. “My parents would tell me to go to medical school. They wanted me to do anything other than this thing I didn’t seem to have too much talent for.”

Eventually, Glass’s fear of failure diminished. In the public radio industry for over 30 years (17 of those with PRI) and now adding “screenwriter” to his credits, he acknowledges the challenges that come with writing a feature film in comparison to writing for his This American Life audience.

“If you’re on the radio telling a story about your girlfriend, you can simply refer to her as ‘my girlfriend’ with an affectionate tone in your voice and people will buy that you love each other,” Glass explained. “But in a film, you have to physically create an actual human being. You have to figure out how you’re going to communicate that love.”

So far, most film critics are communicating their own love for Sleepwalk with Me through positive reviews. Glass was surprised to learn, however, one critic at fellow public radio station NPR gave his movie a not-so-favorable write up.

“NPR panned us? Those bastards!” Glass quipped. “In that case, I just want to say that I hate all their programs. Et tu, All Things Considered. Et tu, Morning Edition.”