Puppeteer and Brownsville native Michelle Zamora lends a hand, and her voice, to Netflix series 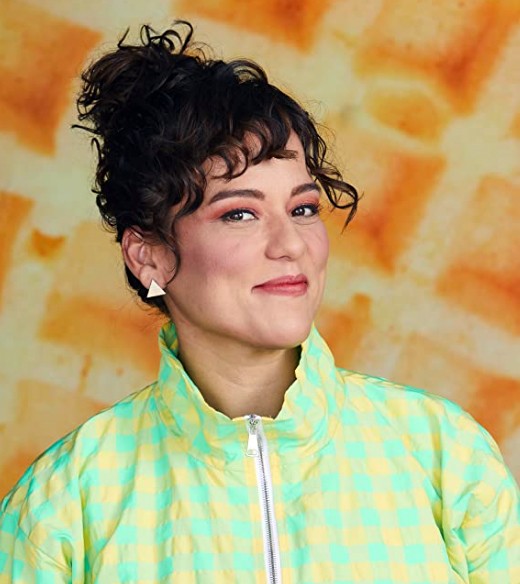 On the Netflix children’s series Waffles + Mochi, puppeteer and Brownsville native Michelle Zamora lends her voice to the title character Waffles and also provides the movements that bring her to life. She spoke with the Current about what it’s like turning a puppet into a the star of a TV show.

Did you know right away that as a Latina puppeteer, you were a rarity in the industry?

It’s taken me years to understand the weight of what it means to be a Latina puppeteer on set. When I first came out to LA, I was like, “I’m just going to do my thing.” But now I can be who I am and have a career playing with puppets. There’s still a lot of room to grow for Latina puppeteers.

How did you come up with Waffles’ voice?

I really wanted to give her a voice that was rooted in reality. I definitely didn’t want to give her a high-pitched puppet-y voice. A lot of her character is definitely the essence of the person I am. She’s just much more elevated.

Is it more challenging to work with a puppet while you’re speaking?

It’s actually better that I can perform in the moment as Waffles. We relied on improv, so to be able to experience that was amazing. As a puppeteer, you’re so connected to the puppet, so once you put it on, it’s kind of like the puppet takes over.

What’s the weirdest thing you’ve made talk that’s not a puppet?

Any time I’m at a restaurant, when I’m putting syrup on my waffles, there’s that little contraption that opens [on the syrup dispenser] and I’ll make him say anything. I also like to puppeteer food. So, I’ll usually puppeteer my pasta.