Revamped Footloose is a rebel with a dancin’ cause 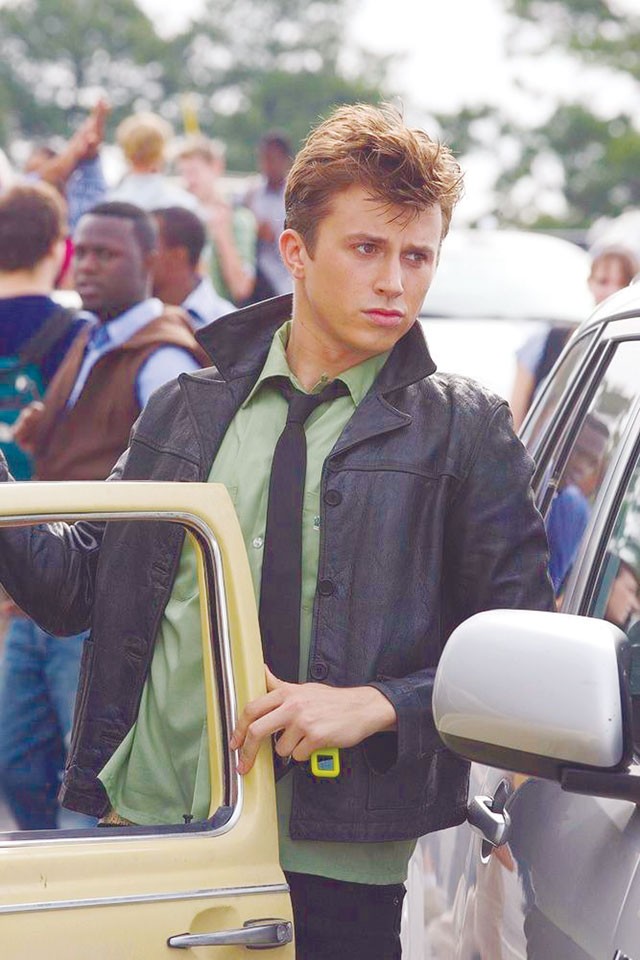 So this is a question I know you’ve asked yourself time and time again: How can they remake an ’80s pop culture classic like Footloose? What’s next? A CGI Back to the Future remake starring Zac Efron? I’m hoping not in my lifetime.

The movie begins in present day with Blake Shelton’s country version of the famous Kenny Loggins dance anthem “Footloose” but quickly diverts head-on into a tragic lesson of the four D’s: If you drink, dance, and drive, you die. After the fatal accident strikes a small town, strict laws limiting the means of self-expression are enforced on teenagers in order to keep the peace — no dancing.

Enter newcomer Kenny Wormald, who stars as Ren MacCormack, a big city Yank who’s sent to live in the small town of Bomont. Complete with boyish good looks and a Boston accent, this smooth-moving, yellow Volkswagen bug-driving (same model as the original!) hunk gives a too-cool-for-school lackluster performance when compared to Bacon’s more brooding persona. Though the infamous dance solo Wormald does to let off steam rivals Bacon’s (once a back-up dancer for Justin Timberlake, he features more dance moves and less gymnast twists), he’s just too clean-cut for my taste.

A notch on the belt is the character arc of Ariel Moore (played by Julianne Hough), who is the rebellious preacher’s daughter who has a knack for short shorts, bad boys, and adrenaline (the character is considerably sluttier than in the original). While in the 1984 version she has a daddy’s-girl complex, this time she’s just a wild child run amok. Her dad, the Reverend Shaw Moore (Dennis Quaid) is less Jonathan Edwards and more pushover preacher both for his daughter as well as the community.

The chemistry between the young cast works well, while the plot and much of the dialogue is similar to the original, except for a few changes. Instead of playing chicken with tractors, for instance, the two men race rigged-up school buses; MacCormack teaches his dorky farmer friend Willard how to bounce; and the soundtrack is more country and hip-hop than synth-pop.

The 2011 remake is surprisingly deceptive from the trailer, which makes the film look like a David Banner music video complete with scantily clad girls, booty grindin’, and a Michael Bay-esque explosion scene. But on the contrary, the new Footloose is actually a heart-warming film that addresses the post-Bush-era frustrations of today’s youth and gives hope to all those who just want to do one thing — tweet #occupythedancefloor. •