Amazon revealed the release date and clips from season two at SXSW. 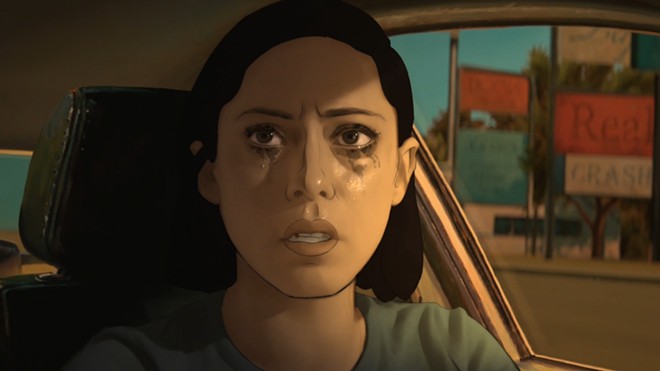 Amazon Studios
The second season of Amazon Studiios' Undone will premiere on Aprli 29.

Though it was quickly renewed for a second season after its 2019 premiere, news regarding Amazon's animated series Undone has been scant — until now.

At SXSW, Amazon revealed that the show's next season will debut April 29 on Prime Video, Gizmodo reports.

Co-created by BoJack Horseman's Raphael Bob-Waksburg and Kate Purdy — the latter a San Antonio native — the series stars Rosa Salazar as Alma, who after a car crash discovers she has the ability to move through time.

In addition to the release date, Amazon posted three clips from the forthcoming season on YouTube, as well as a season one recap. In the clips, Alma discovers that her sister Becca (Angelique Cabral) has a similar supernatural ability, and the pair also confront their mother about a secret and try to get information about their mother from their grandmother.