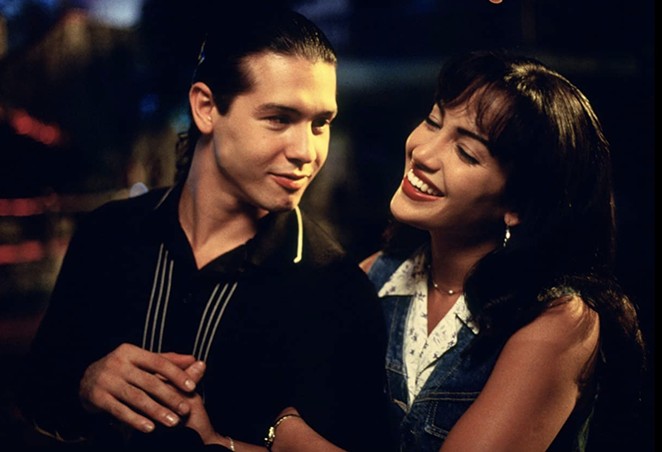 Courtesy Photo / Warner Home Video
The 1997 biopic Selena was Jennifer Lopez's first major role.
Selena, the 1997 biopic of Tejano legend Selena Quintanilla-Pérez, is one of 25 new additions to the National Film Registry, alongside other cultural touchstones including Return of the Jedi and The Lord of the Rings: The Fellowship of the Ring.

Selena, which featured star Jennifer Lopez in her first major role, was largely shot in San Antonio and remains a South Texas favorite. The late singer's music continues to resonate with audiences, and this year, she received a posthumous Grammy for Lifetime Achievement.

The Library of Congress adds 25 new movies annually to the National Film Registry, which helps shine a spotlight on the library's efforts to archive and protect American movie history.

Edward James Olmos, who played Selena's father in the film, told the Library of Congress the movie resonates because it's a universal family story that happens to be about South Texas Mexican-Americans.

“It will stand the test of time,” Olmos said. “[It’s] a masterpiece because it allows people to learn about themselves by watching other peoples’ culture.”

Other films added to the registry this year range from classic Alfred Hitchcock thriller Strangers on a Train and '80s horror flick A Nightmare on Elm Street to taboo-breaking John Waters cult classic Pink Flamingos and Sounder, a portrayal of an African-American family persevering through poverty and racism.

Some of the 825 titles included in the NFR are available to view online for free in the National Screening Room.