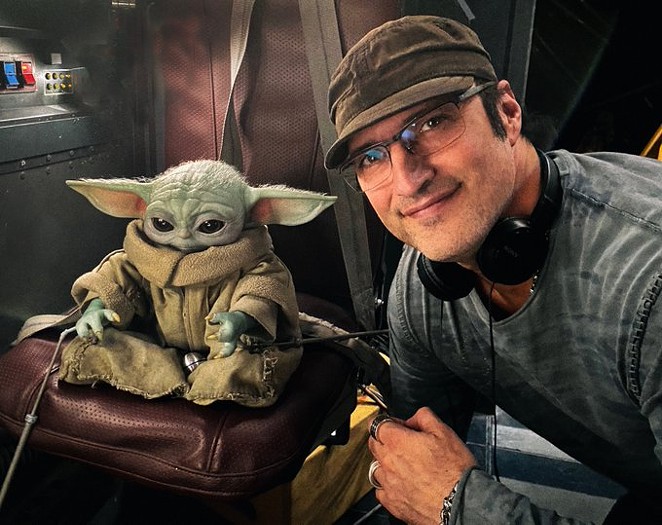 San Antonio’s link to the Star Wars saga jumped a few light years forward this week when filmmaker and San Antonio native Robert Rodriguez (Alita: Battle Angel) announced on Twitter that he is one of the directors behind the second season of the hit Disney+ series The Mandalorian.

“I am truly humbled to say I have now had the very rare privilege of directing the biggest star in the universe,” Rodriguez tweeeted on May 4, a.k.a. Star Wars Day.

I am truly humbled to say I have now had the very rare privilege of directing the biggest star in the universe. @StarWars #TheMandalorian #MayThe4th #StarWarsDay pic.twitter.com/pcmzOHfgaW

Rodriguez also posted a photo of himself alongside series favorite Baby Yoda.
We’re not sure yet how many episodes of Season 2 Rodriguez will direct. In the first season, five directors, including Taika Waititi (Jojo Rabbit) and Dave Filoni (Star Wars: The Clone Wars), divvied up eight episodes.

Season 2 of The Mandalorian is scheduled to debut this October.